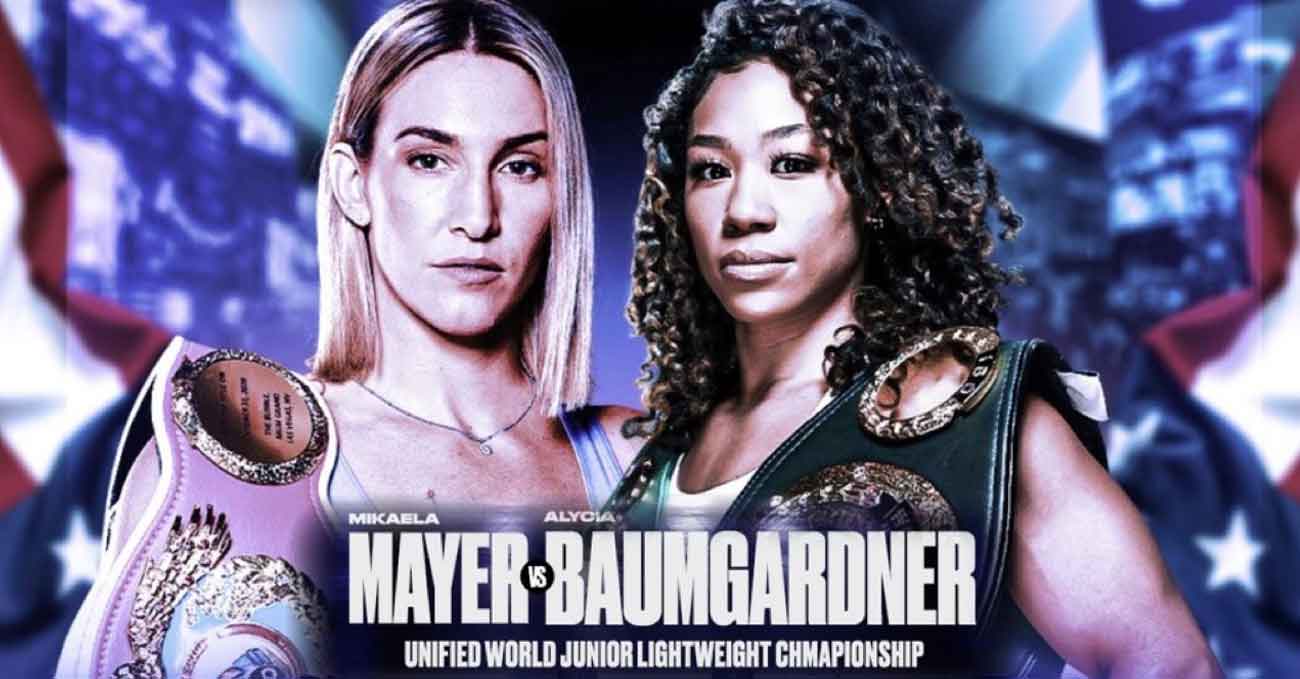 Review by AllTheBestFights.com: 2022-10-15, close fight but not so exciting: the boxing match Mikaela Mayer vs Alycia Baumgardner gets two stars (take a look at our ranking of the Best Boxing Fights of 2022).
Baumgardner vs Mayer is scheduled to take place Saturday, September 10th, at the O2 Arena in London (United Kingdom), in a 10-round super featherweight (130 lbs, 59.0 kg) bout; it is valid for the IBF, IBO, WBC and WBO World super-featherweight titles and it is on the undercard of Claressa Shields vs Savannah Marshall. Watch the video and rate this fight!

Her opponent, the current Wbc and Ibo super-Fw champ Alycia Baumgardner, has a record of 12-1-0 (7 knockouts) and she entered as the No.2 in the womens’ super featherweight division.
She suffered her only loss when she faced Christina Linardatou in 2018 (via split decision), since then she has won six bouts defeating Terri Harper and Edith Soledad Matthysse in her last two.