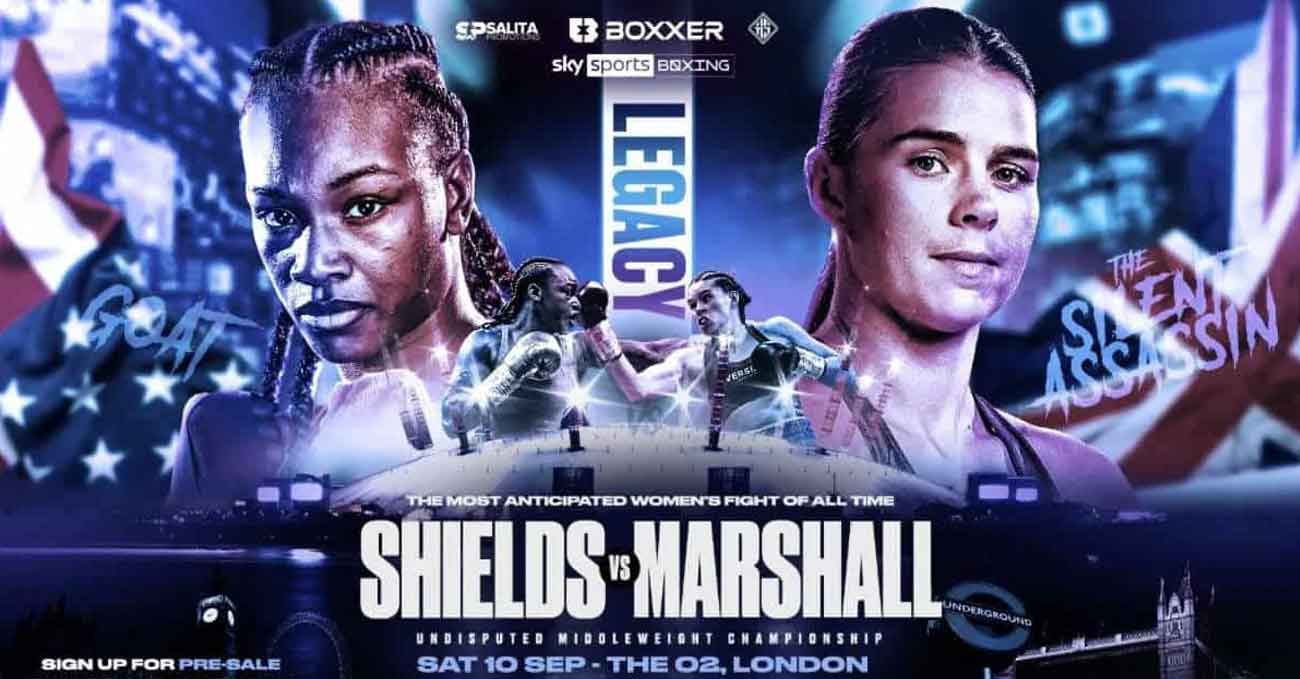 Review by AllTheBestFights.com: 2022-10-15, great performance by both boxers: the boxing match Claressa Shields vs Savannah Marshall is close to get four stars (take a look at our ranking of the Best Boxing Fights of 2022).
Marshall vs Shields is scheduled to take place Saturday, October 15th, at the O2 Arena in London (United Kingdom), in a 10-round middleweight (160 lbs, 72.6 kg) bout (event rescheduled following the passing of Queen Elizabeth II); it is the main event of the evening and it is valid for the IBF, WBA, WBC and WBO World middleweight titles. Watch the video and rate this fight!

Before the bout take place, you can watch the official preview documentary ‘For Legacy’, their first amateur fight, the press conference, weigh-in (on Friday) etc, or discover how to watch Shields vs Marshall on tv, the fight time and the card.

Her opponent, the undefeated two-time Olympian and current WBO Mw champ Savannah Marshall, has an official record of 12-0-0 (10 KOs=83%) and she entered as the No.2 in the women’s middleweight division.
In her last three fights she has won over Maria Lindberg, Lolita Muzeya and Femke Hermans (Savannah Marshall vs Femke Hermans).