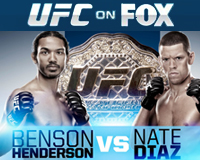 (This is a free embeddable highlights video hosted on Vk.com and it was not uploaded by AllTheBestFights, to report it please visit this link where the video is hosted)