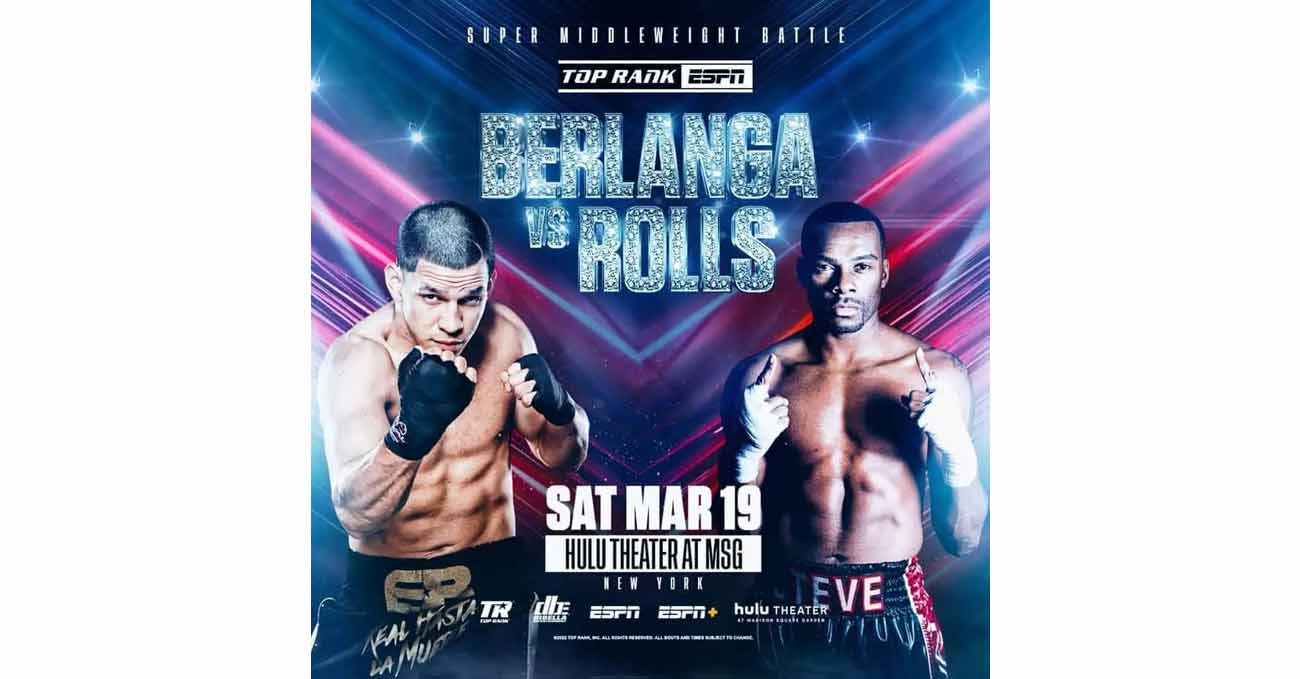 Review by AllTheBestFights.com: 2022-03-19, disappointing boxing fight: Edgar Berlanga vs Steve Rolls gets two stars.
Rolls vs Berlanga is the main event of the evening and it is valid for the WBO NABO super-middleweight title. Watch the video and rate this fight!

His opponent, Steve Rolls, has an official record of 21-1-0 (12 knockouts) and he entered as the No.49 in the middleweight division.
He suffered his only loss when he faced Gennady Golovkin in 2019 (Gennady Golovkin vs Steve Rolls), after this match he has defeated Gilberto Pereira dos Santos and Christopher Brooker.