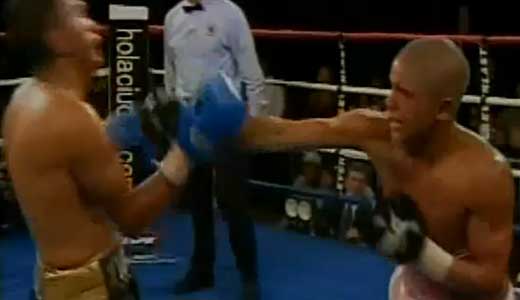 Review: 2010-10-16, very nice fight between Wilfredo Vazquez Jr (19-0-1) and Ivan Hernandez (28-4-1). Vazquez Jr had won the WBO super bantamweight title at the beginning of 2010 versus Marvin Sonsona and after beating Zsolt Bedak at his first defense, he faced Hernandez (at his third attempt to win a world title in the super bantamweight division). Wilfredo Vazquez Jr defeated Ivan Hernandez by TKO after eleven rounds fought at high pace (especially the tenth was one of the best rounds of the year). Watch the video!