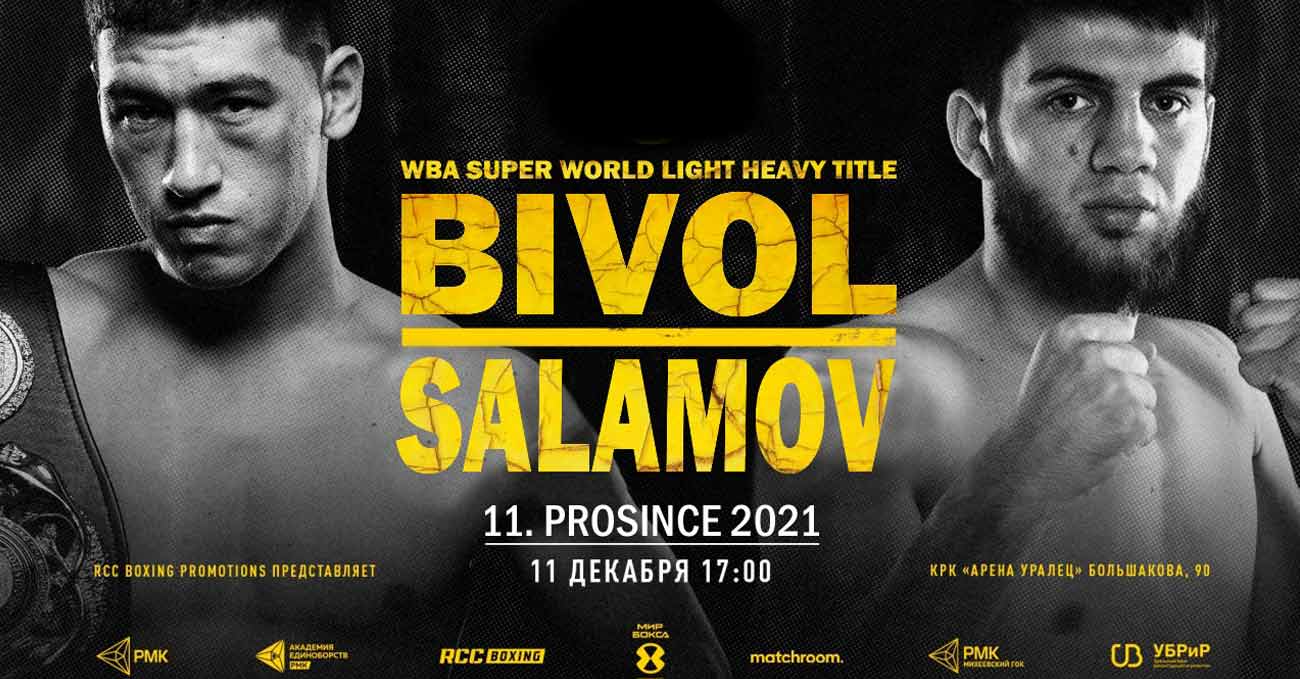 Review by AllTheBestFights.com: 2021-12-11, some good exchanges but it is not enough to get three stars: the boxing fight Dmitry Bivol vs Umar Salamov gets two (take a look at our ranking of the Best Boxing Fights of 2021).
Salamov vs Bivol is the main event of the evening and it is valid for the WBA Super World light-heavyweight title. Watch the video and rate this fight!

His opponent, the former Ibo light-Hw champion Umar Salamov, has an official record of 26-1-0 (19 knockouts) and he entered as the No.15 in the light heavyweight division.
He suffered his only loss when he faced Damien Hooper in 2017, since then he has won seven consecutive bouts beating Norbert Dabrowski (Umar Salamov vs Norbert Dabrowski), Emmanuel Danso and Sergei Ekimov in his last three.