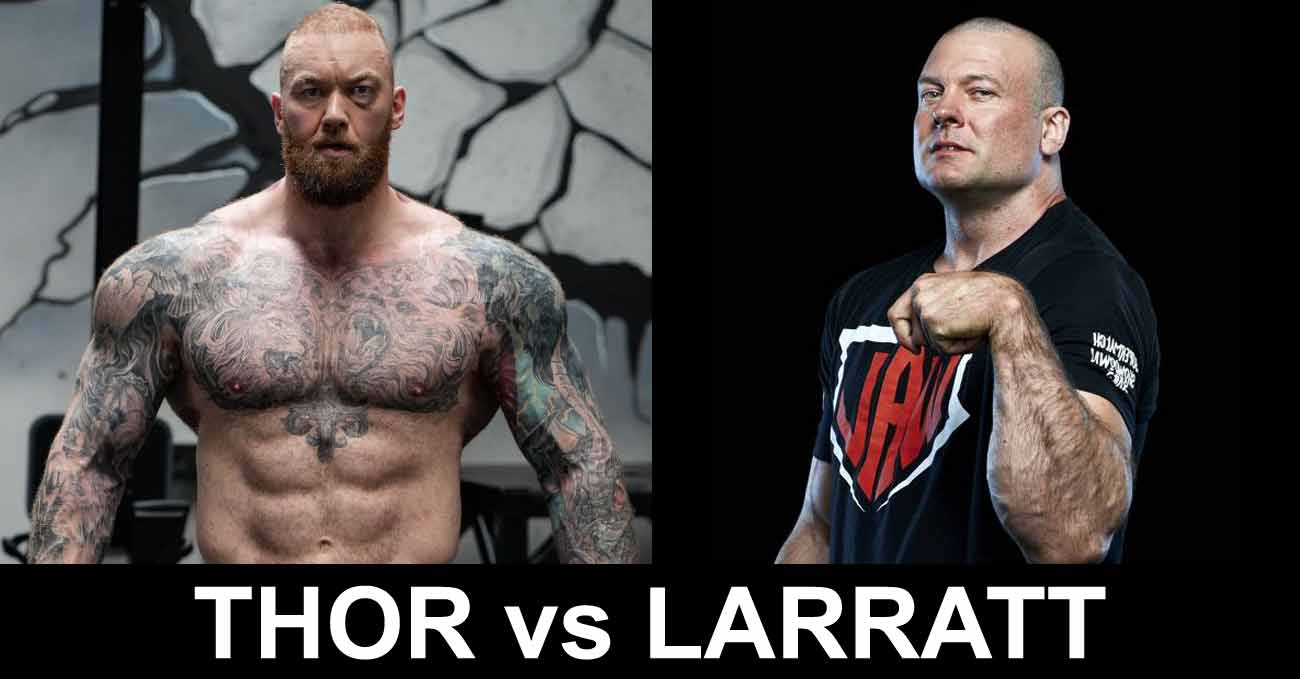 Review by AllTheBestFights.com: 2021-09-18, Hafthor Bjornsson vs Devon Larratt was just an exhibition, so we prefer not to rate this boxing fight (take a look at our ranking of the Best Boxing Fights of 2021).
Larratt vs Thor is the main event of the evening and it should be an exhibition boxing match. Watch the video and rate this fight!

The 2018 World’s Strongest Man and actor of HBO series Game of Thrones as Gregor “The Mountain” Clegane (he was also a professional basketball player in Iceland) Hafthor Bjornsson entered this fight with a exhibition boxing record of 0-2-0.
In his previous two bouts he had faced Stevn Ward and Simon Vallily.

His opponent, Devon Larratt (who replaces 2017 World’s Strongest Man Eddie Hall), is at his boxing debut since he is one of the best arm wrestlers of all time (currently ranked as the No.1 arm-wrestler in North America) and he is also a Youtuber.