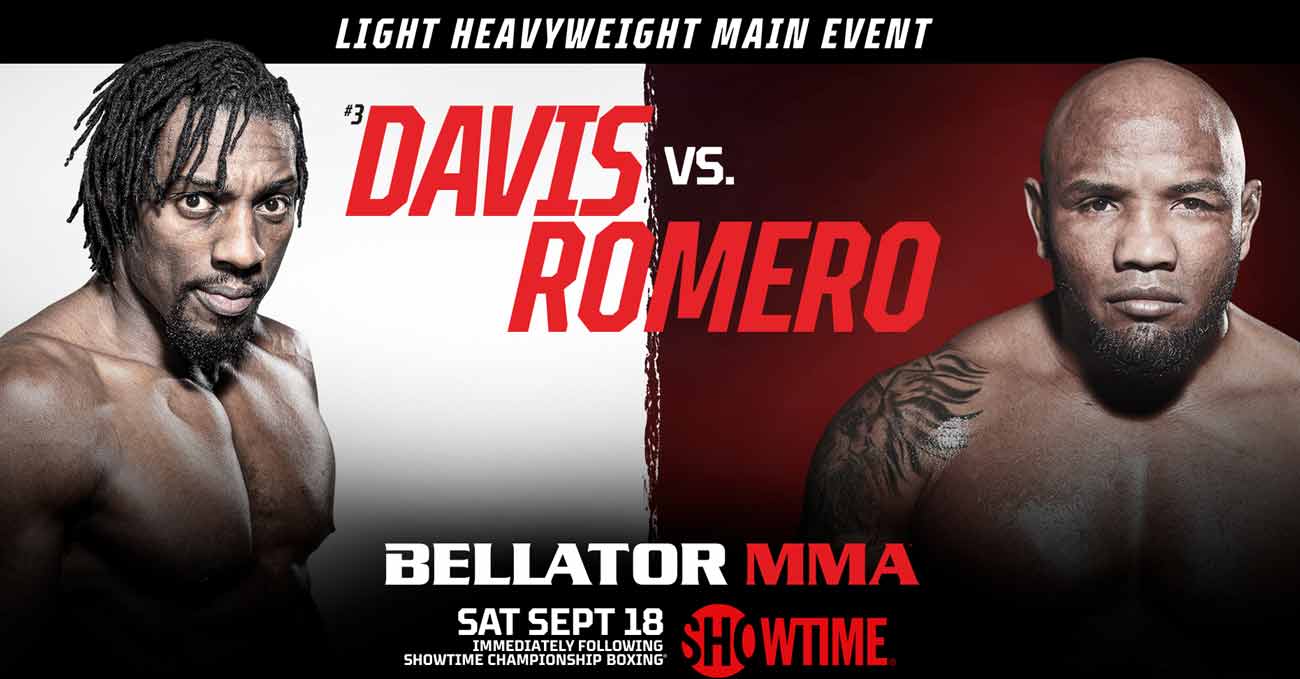 Review by AllTheBestFights.com: 2021-09-18, pretty good mma fight: Phil Davis vs Yoel Romero gets three stars (take a look at our ranking of the Best Mma Fights of 2021).
Romero vs Davis is the main event of Bellator 266. Watch the video and rate this fight!

The former Bellator light-Hw champion Phil Davis entered this fight with a professional mma record of 22-6-0 (50% finishing rate) and he is ranked as the No.6 light heavyweight in the world (currently the #1 in this division is Jan Blachowicz).
In his last three matches he has beat Karl Albrektsson (Phil Davis vs Karl Albrektsson) and Lyoto Machida (Phil Davis vs Lyoto Machida 2) but then he has lost to Vadim Nemkov (Vadim Nemkov vs Phil Davis 2).