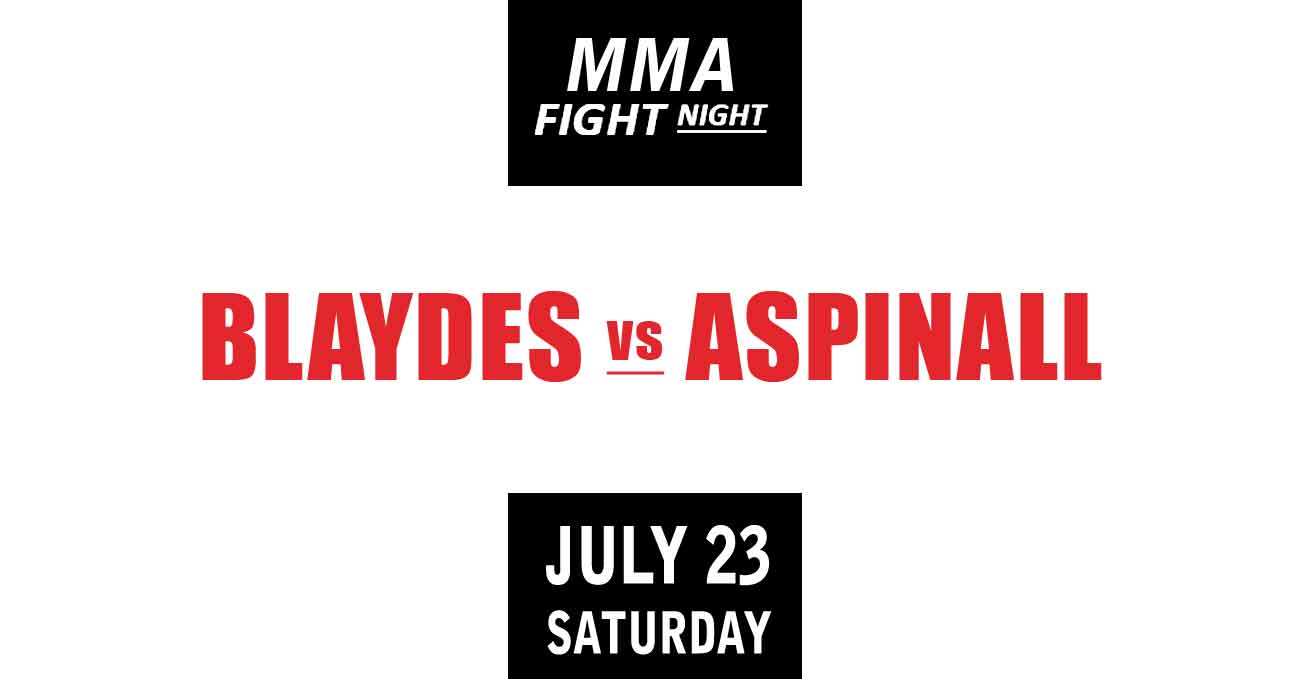 Review by AllTheBestFights.com: 2022-07-23, we hope to see a rematch…the mma bout Curtis Blaydes vs Tom Aspinall gets two stars (take a look at our ranking of the Best Mma Fights of 2022).
Aspinall vs Blaydes is scheduled to take place Saturday, July 23rd at The O2 Arena in London (England), in a 5-round heavyweight (265 lbs, 120 kg) bout; it is the main event of the evening of UFC London (also known as UFC Fight Night 208 or UFC on ESPN+ 66). Watch the video and rate this fight!

Before the bout take place, you can watch the official UFC London press conference, the ceremonial weigh-ins (on Friday) and discover how to watch Blaydes vs Aspinall on tv, the fight time and the card.