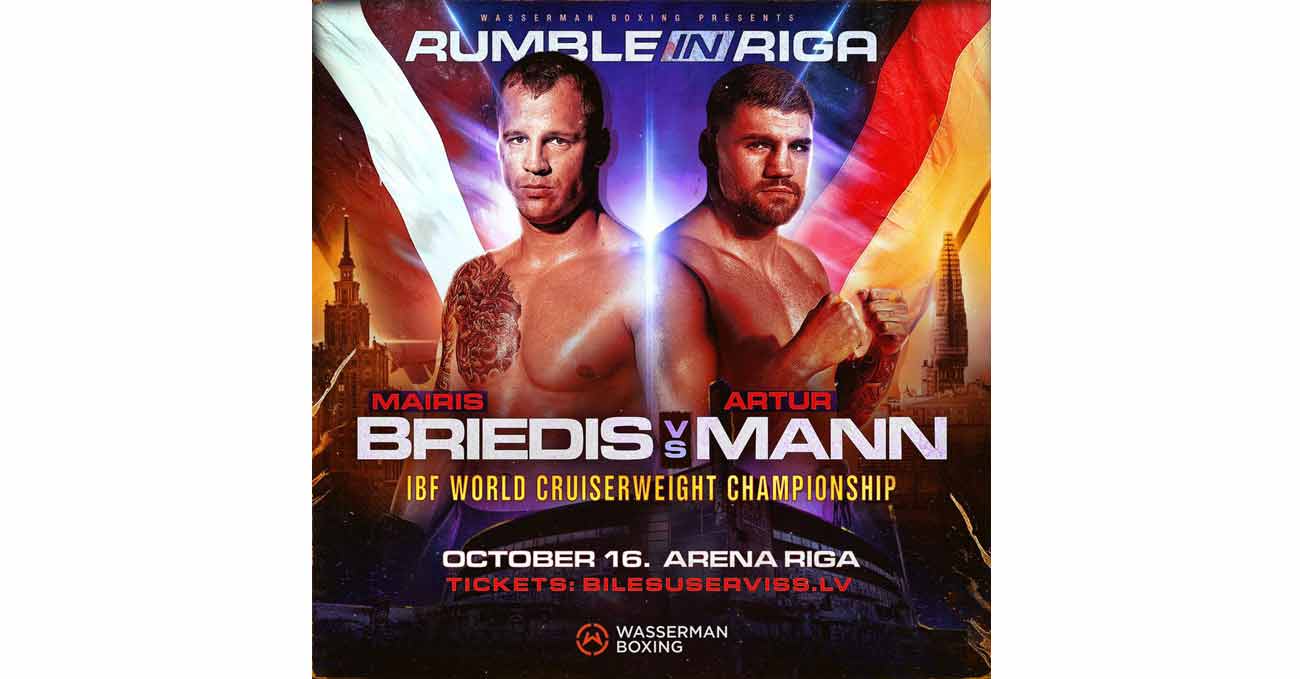 Review by AllTheBestFights.com: 2021-10-16, good start with some nice exchanges: the boxing fight Mairis Briedis vs Artur Mann gets three stars (take a look at our ranking of the Best Boxing Fights of 2021).
Mann vs Briedis is the main event of the evening and it is valid for the IBF World cruiserweight title (Briedis’ first defense). Watch the video and rate this fight!

His opponent, Artur Mann, has an official record of 17-1-0 (9 knockouts) but he is not ranked as he hasn’t fought since June 2020.
He was defeated by Kevin Lerena in 2019 (Kevin Lerena vs Artur Mann), but then he has won over Soso Abuladze and Rad Rashid.