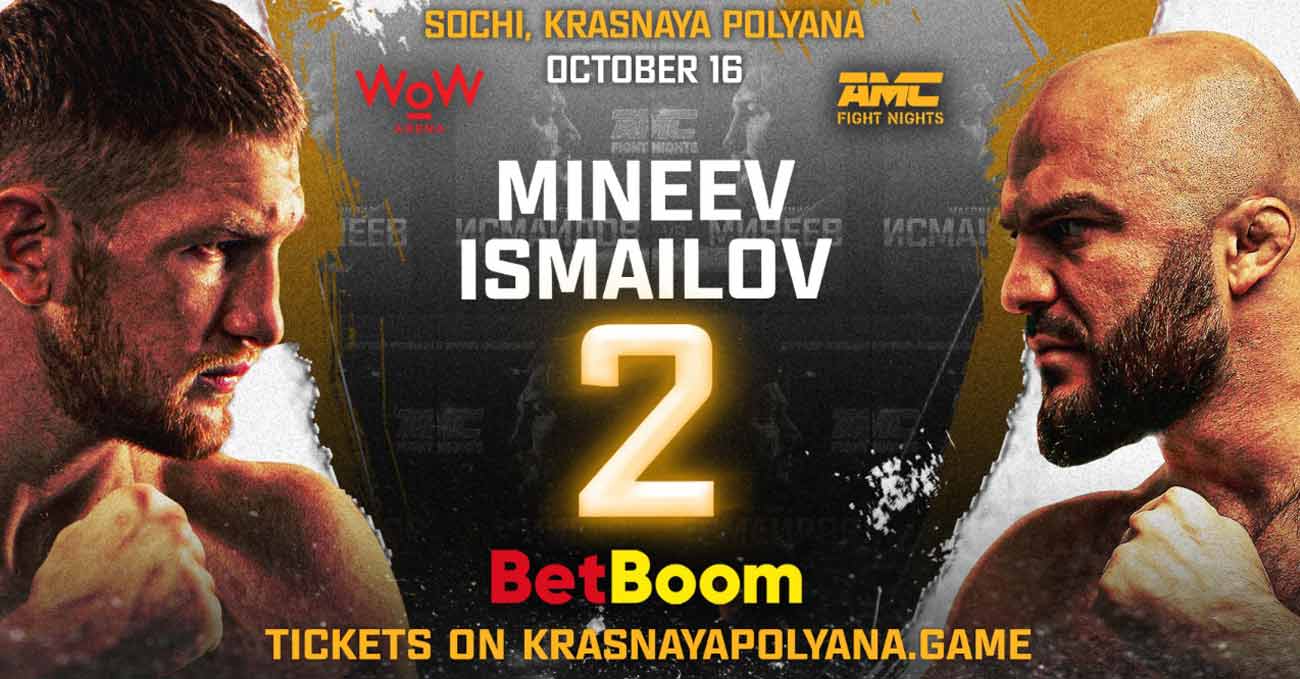 Review by AllTheBestFights.com: 2021-10-16, good mma fight: Magomed Ismailov vs Vladimir Mineev 2 gets three stars (take a look at our ranking of the Best Mma Fights of 2021).
Mineev vs Ismailov 2 is the main event of AMC Fight Nights 105 and it is valid for the AMC Fight Nights middleweight title (Mineev’s first defense). Watch the video and rate this fight!

The former world champion in combat sambo Magomed Ismailov entered this fight with a professional mma record of 17-2-1 (71% finishing rate) and he is ranked as the No.18 light heavyweight in the world.
He suffered his last loss when he faced Xavier Foupa-Pokam in 2014 (via split decision), since then he has collected one draw (against Mineev in their first match in 2018) and 11 victories, beating Aleksander Emelianenko (Aleksander Emelianenko vs Magomed Ismailov) and Ivan Shtyrkov in his last two (Magomed Ismailov vs Ivan Shtyrkov).

His opponent, the former kickboxing world champion (WKN and WAKO-pro) and current Fight Nights Mw champ Vladimir Mineev, has an official record of 15-1-1 (87% finishing rate) and he entered as the No.74 in the middleweight division.
He suffered his only loss when he faced Maiquel Falcao in 2016 (via majority decision), after this match he has collected one draw and seven victories taking revenge on Falcao and deafeating Artur Pronin and Dauren Ermekov in 2020.