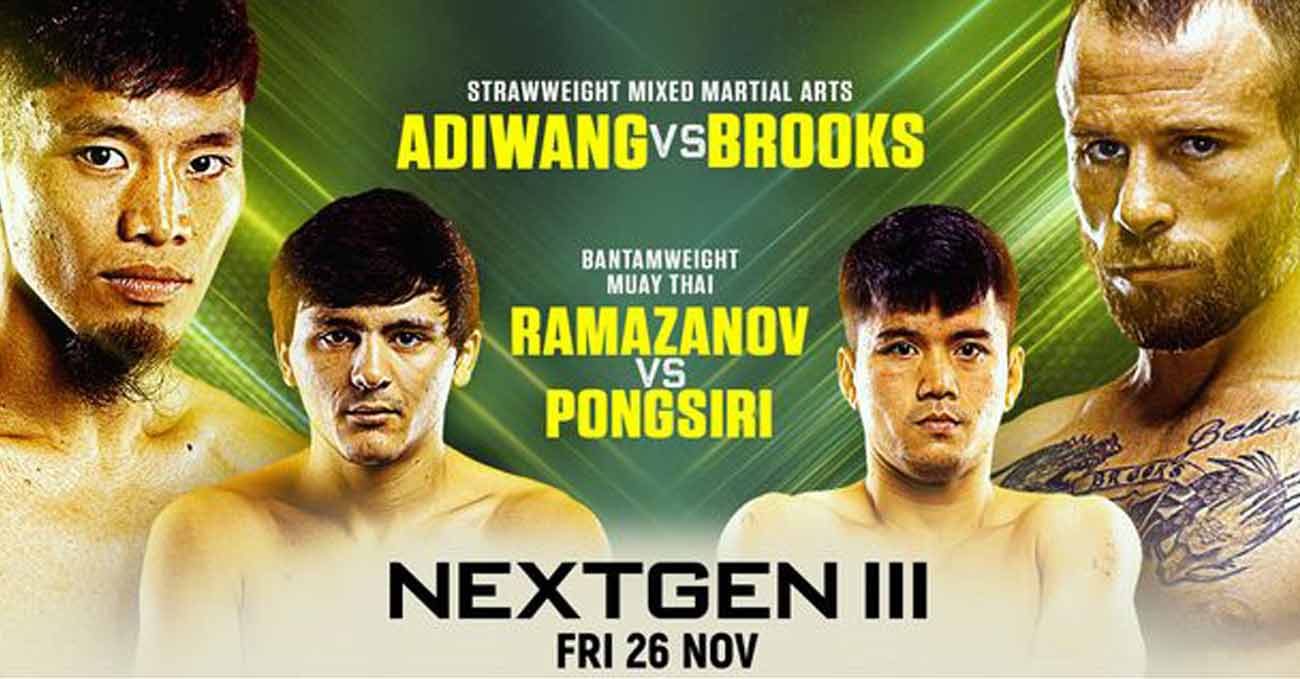 Review by AllTheBestFights.com: 2021-11-26, the mma fight Lito Adiwang vs Jarred Brooks gets three stars thanks to a good second part of the match (take a look at our ranking of the Best Mma Fights of 2021).
Brooks vs Adiwang is the main event of ONE Championship: NextGen 3. Watch the video and rate this fight!

Lito Adiwang entered this fight with a professional mma record of 13-3-0 (85% finishing rate) and he is ranked as the No.35 flyweight in the world.
He lost to Koha Minowa last year (via split decision) but then he has beat Namiki Kawahara and Getu Hexi in 2021.

His opponent, Jarred Brooks, has an official record of 16-2-0 (50% finishing rate) but he is not ranked as he hasn’t fought since 2019.
He lost two consecutive bouts between 2017 and 2018, against Deiveson Figueiredo (Deiveson Figueiredo vs Jarred Brooks) and Jose Torres, but then he has collected one no-contest and three victories beating Victor Altamirano and Haruo Ochi in his last two.