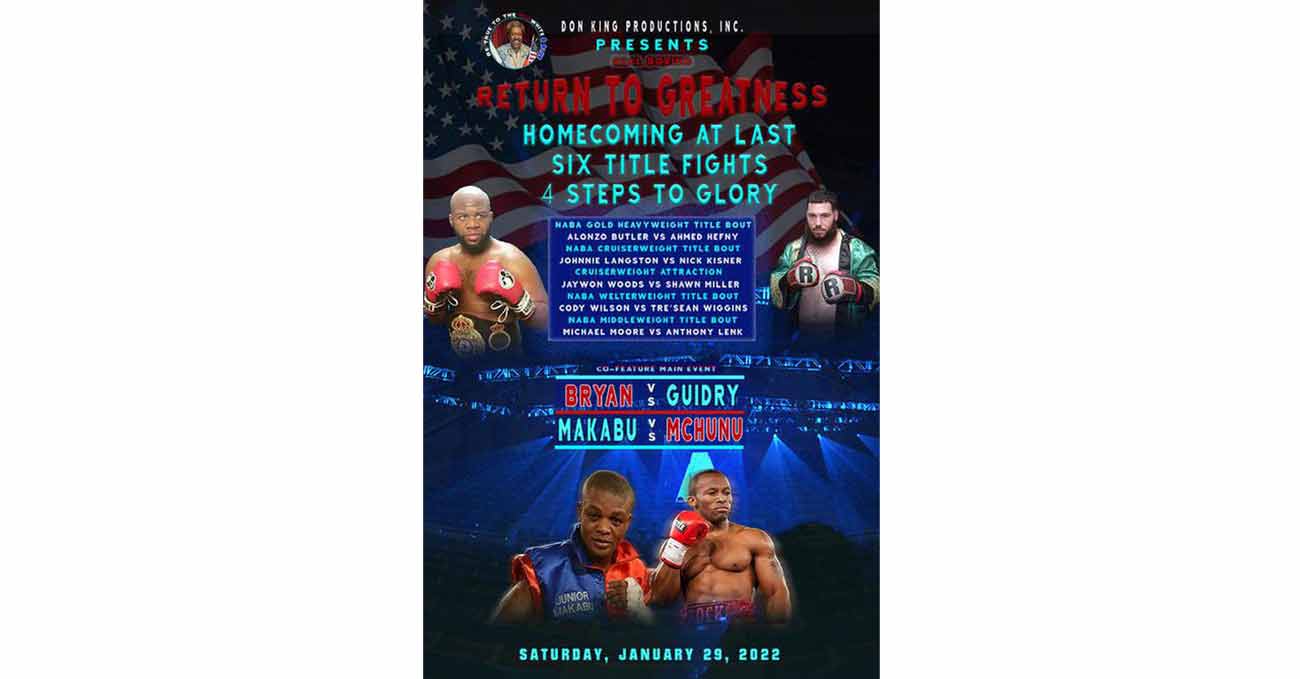 The undefeated Wba Hw champion Trevor Bryan entered this fight with a perfect boxing record of 21-0-0 (15 knockouts) and he is ranked as the No.35 heavyweight in the world.
In his last three bouts he has won over Francois Russell, BJ Flores and Bermane Stiverne (Bermane Stiverne vs Trevor Bryan).

His opponent, the undefeated Jonathan Guidry, has a record of 17-0-2 (10 knockouts) and he entered as the No.254 in the heavyweight division.
He was stopped in a draw by Keenan Hickmon in 2017, but then he has won eleven consecutive matches defeating Cory Phelps, Aaron Chavers and Rodney Moore in his last three.