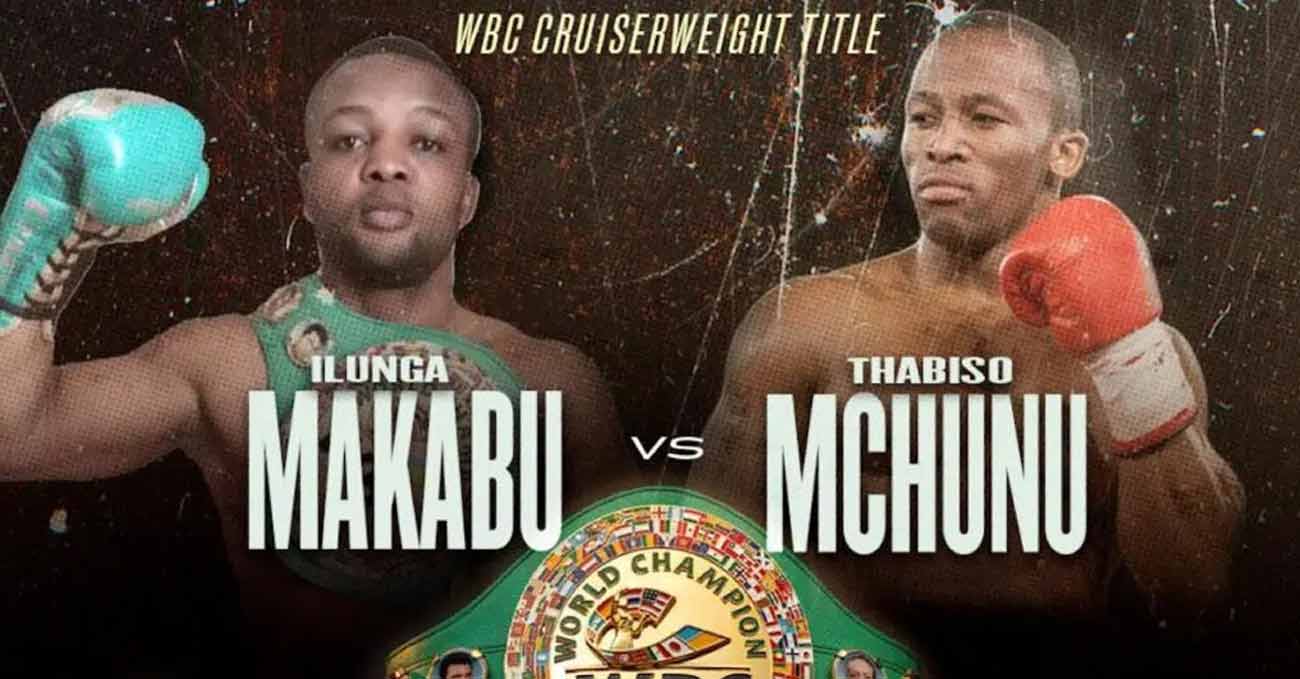 Review by AllTheBestFights.com: 2022-01-29, disappointing boxing fight: Ilunga Junior Makabu vs Thabiso Mchunu 2 gets two stars.
In their first match Mchunu defeated Makabu via knockout (May 16, 2015); this second bout is the main event of the evening and it is valid for the WBC World cruiserweight title (Makabu’s second defense). Watch the video and rate this fight!