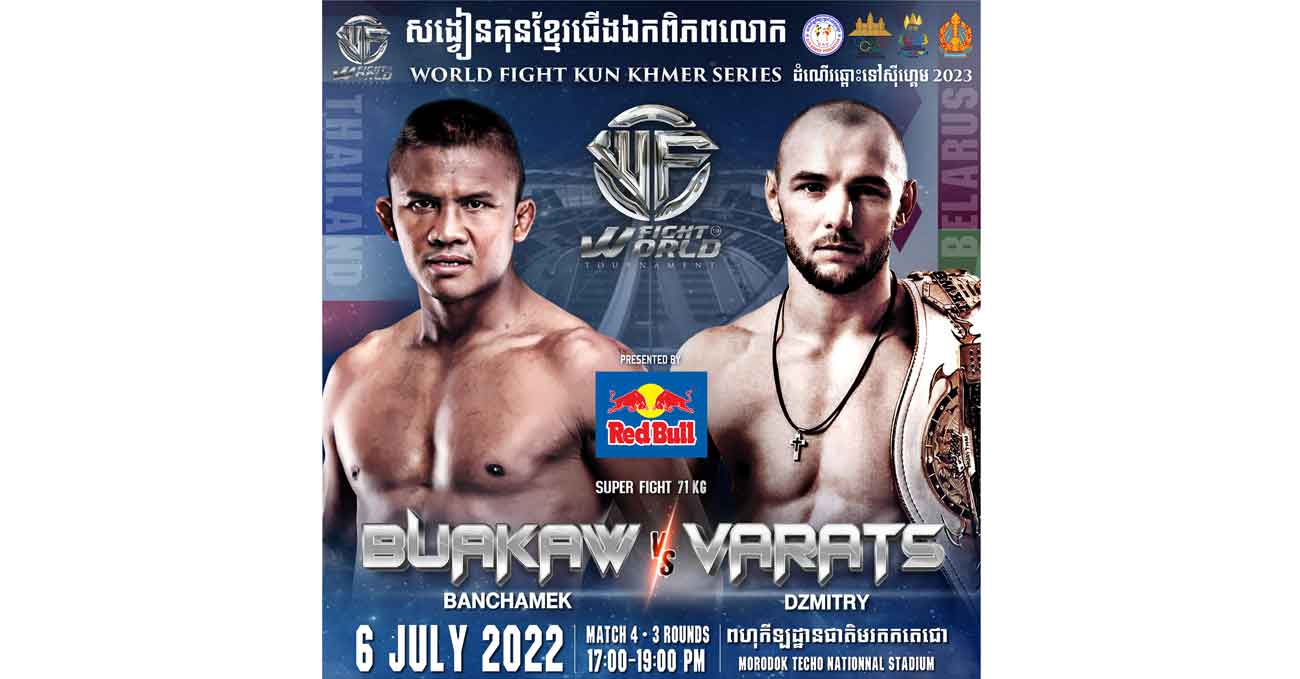 Review by AllTheBestFights.com: 2022-07-06, some good exchanges but it is not enough to get three stars: the muay thai fight Buakaw Banchamek vs Dmitry Varats gets two (take a look at our ranking of the Best Kickboxing Fights of 2022).
Varats vs Buakaw is the main event of the World Fight Tournament – WF. Watch the video and rate this fight!

His opponent, the 2015 Topking champion Dmitry Varats, has an official record of 32-10-0.
He lost to Qiu Jianliang in 2019 but then he has won four bouts defeating Morgan Adrar, Saengsam, Przemyslaw Kierpacz and Ott Remmer.