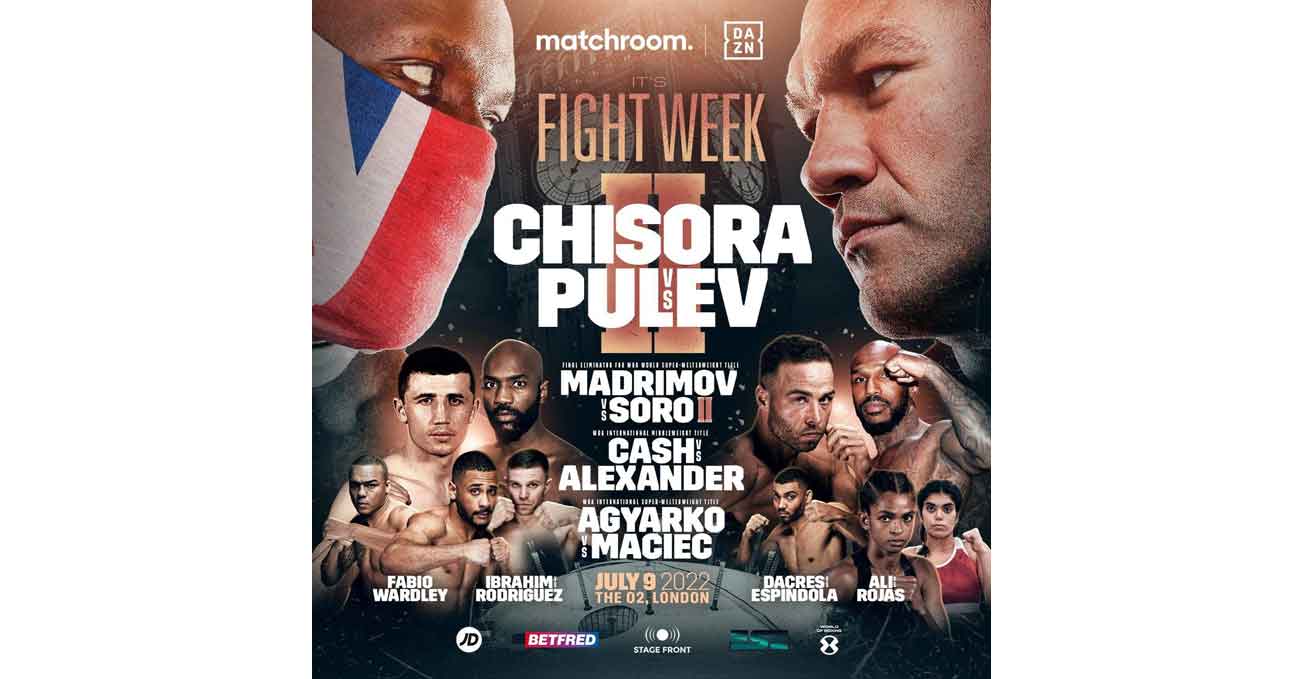 Review by AllTheBestFights.com: 2022-07-09, disappointing boxing fight: Israil Madrimov vs Michel Soro 2 gets three stars (take a look at our ranking of the Best Boxing Fights of 2022).
Soro vs Madrimov is on the undercard of Dereck Chisora vs Kubrat Pulev 2. Watch the video and rate this fight!