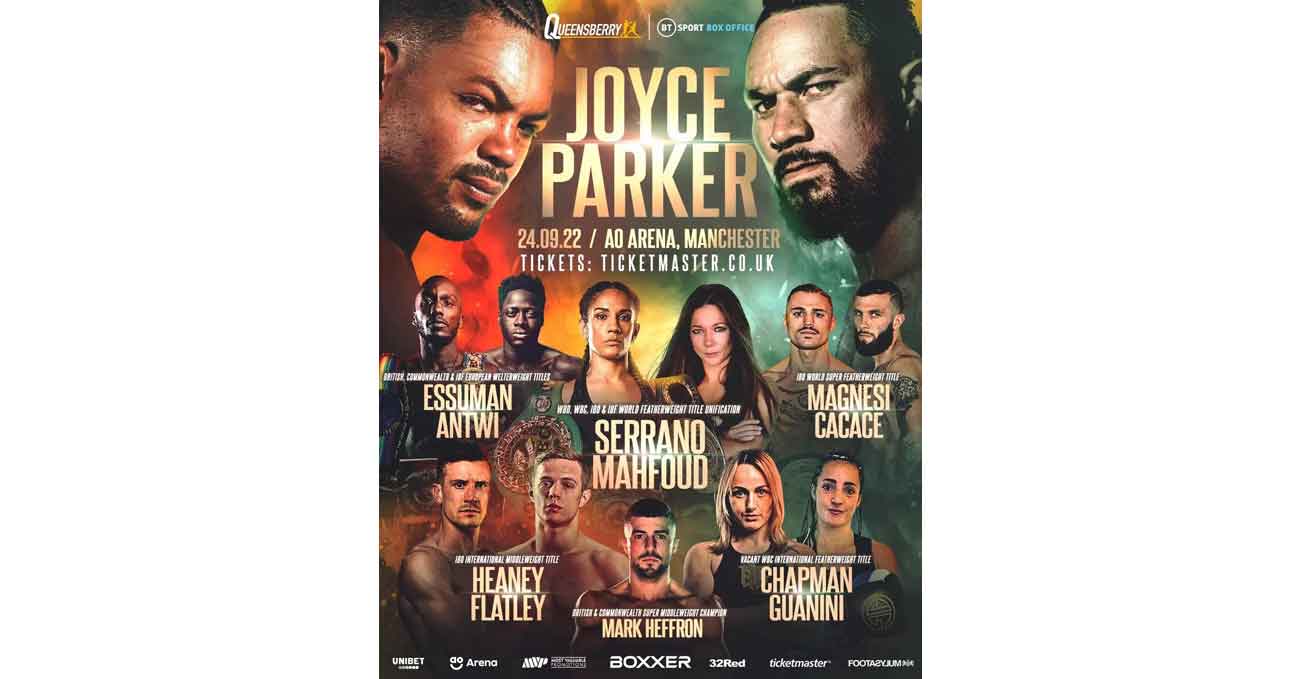 Review by AllTheBestFights.com: 2022-09-24, close fight but not so exciting: Michael Magnesi vs Anthony Cacace gets two stars (take a look at our ranking of the Best Boxing Fights of 2022).
Cacace vs Magnesi is scheduled to take place Saturday, September 24th, at the Manchester Arena in Manchester (United Kingdom), in a 12-round super featherweight (130 lbs, 59.0 kg) bout; it is valid for the IBO World super-featherweight title and it is on the undercard of Joe Joyce vs Joseph Parker. Watch the video and rate this fight!

The undefeated Michael Magnesi entered this fight with a perfect record of 21-0-0 (13 knockouts) and he is ranked as the No.23 super featherweight in the world.
In his last three matches he has won over Khanyile Bulana, Eugene Lagos and Dennis Contreras.

His opponent, Anthony Cacace, has a boxing record of 19-1-0 (7 knockouts) but he is not ranked as he hasn’t fought since August 2021.
He suffered his only loss when he faced Martin Ward in 2017, since then he has won four fights defeating Reynaldo Mora, Alan Castillo, Sam Bowen and Leon Woodstock (Anthony Cacace vs Leon Woodstock).