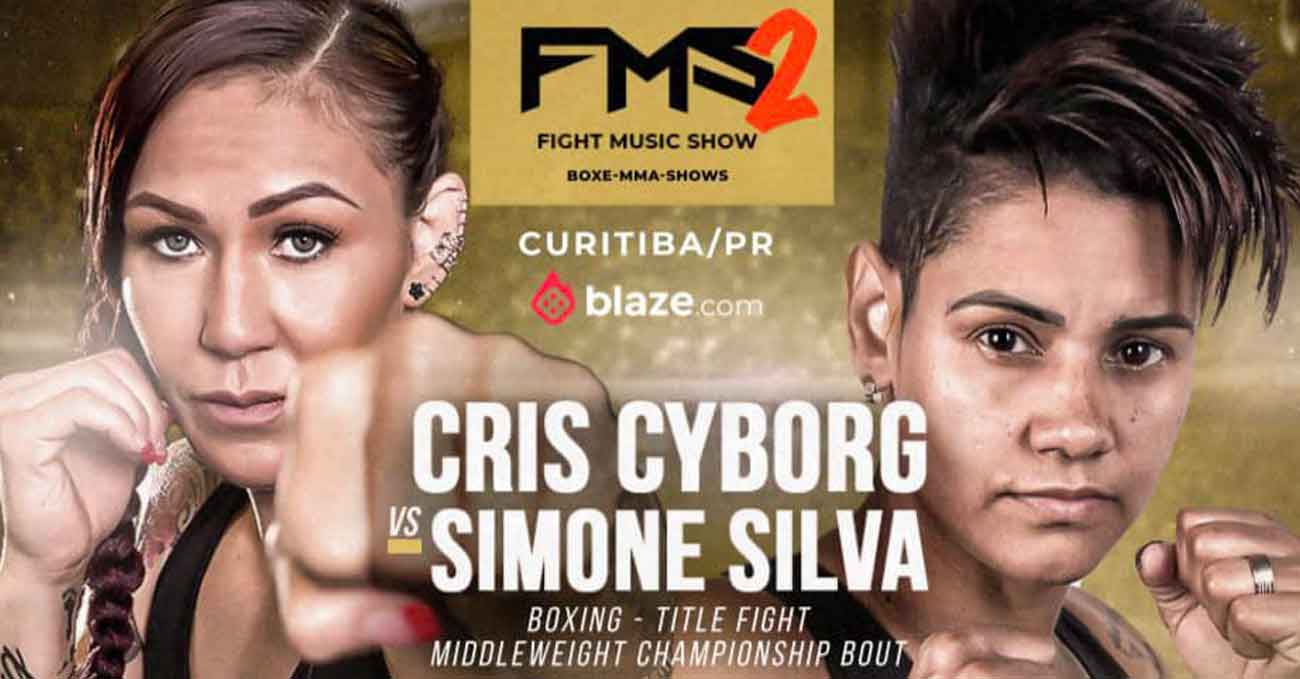 Review by AllTheBestFights.com: 2022-09-25, disappointing boxing match: Cris Cyborg Justino vs Simone Aparecida da Silva gets two stars (take a look at our ranking of the Best Boxing Fights of 2022).
Silva vs Cyborg is scheduled to take place Sunday, September 25th, at the Estadio Joaquim Americo Guimaraes in Curitiba (Brazil); it is the main event of ‘Fight Music Show 2’. Watch the video and rate this fight!

Her opponent, Simone Aparecida da Silva, has a pro boxing record of 17-22-0 (6 knockouts) and she entered as the No.27 in the women’s super featherweight division.
The last time she won a match was against Caroline Foro Antunes in 2019, since then she has lost nine consecutive fights losing to Carolyn Redmond and Jessica Camara in her last two.