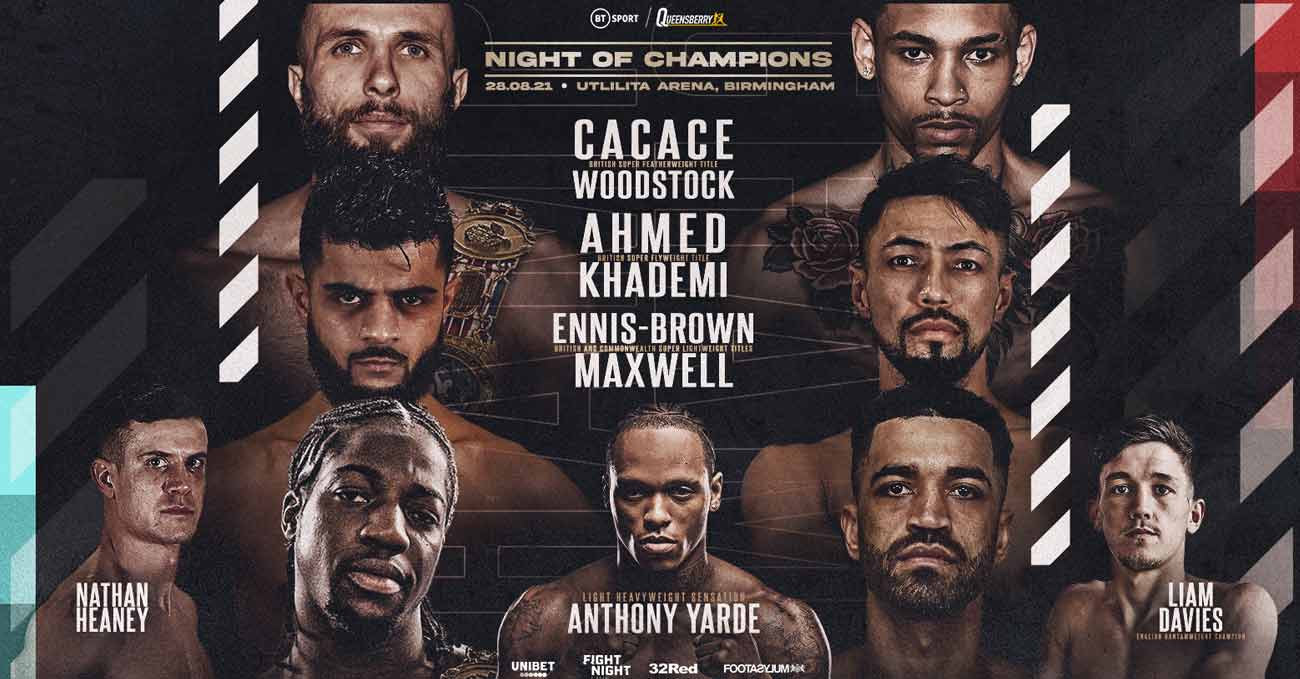 Review by AllTheBestFights.com: 2021-08-28, pretty good boxing fight: Anthony Cacace vs Leon Woodstock gets three stars (take a look at our ranking of the Best Boxing Fights of 2021).
Woodstock vs Cacace is the main event of the evening and it is valid for the BBBofC British super-featherweight title. Watch the video and rate this fight!

Anthony Cacace entered this fight with a professional boxing record of 18-1-0 (7 knockouts) but he is not ranked as he hasn’t fought since 2019.
He suffered his only loss when he faced Martin Ward in 2017, since then he has fought three times beating Reynaldo Mora, Alan Castillo and Sam Bowen.

His opponent, Leon Woodstock, has an official record of 12-2-0 (5 knockouts) but he is also not ranked as he hasn’t fought since 2019.
He lost two out of his last three matches, against Archie Sharp and Zelfa Barrett, but between these two bouts he defeated Sergio Gonzalez.