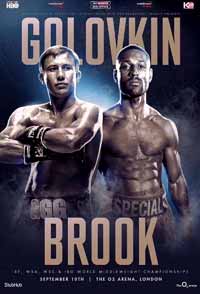 Review by AllTheBestFights.com: 2016-09-10, nice exchanges between Callum Smith and Norbert Nemesapati: it gets three stars.

The undefeated Callum Smith entered this fight with a perfect boxing record of 20-0-0 (15 KOs=75%) and he is ranked as the No.4 super middleweight in the world (currently the #1 in this division is Gilberto Ramirez). He has fought twice in 2016 winning over Hadillah Mohoumadi (=Smith vs Mohoumadi) and Cesar Hernan Reynoso (=Smith vs Reynoso).
His opponent, Norbert Nemesapati, has an official record of 21-3-0 (16 KOs=76%) and he entered as the No.70 in the same weight class but he comes off the loss against Umar Salamov. Smith vs Nemesapati is valid for the WBC Silver super middleweight title; undercard of Gennady Golovkin vs Kell Brook. Watch the video and rate this fight!