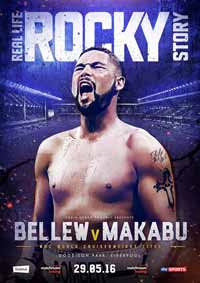 Review by AllTheBestFights.com: 2016-05-29, pretty good fight between Callum Smith and Cesar Reynoso: it gets three stars.

The undefeated Callum Smith entered this fight with a perfect record of 19-0-0 (14 knockouts) and he is ranked as the No.3 super middleweight in the world (currently the #1 in this division is Gilberto Ramirez) while his opponent, Cesar Hernan Reynoso, has a boxing record of 14-7-3 (7 knockouts) and he entered as the No.43 in the same weight class. Both boxers have already fought in 2016: Smith has beat Hadillah Mohoumadi (=Smith vs Mohoumadi) while Reynoso has defeated Juan Rodolfo Juarez and Elio Heraldo Trosch. Smith vs Reynoso is on the undercard of Tony Bellew vs Ilunga Makabu. Watch the video and rate this fight!