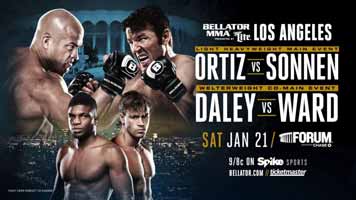 Review by AllTheBestFights.com: 2017-01-21, pretty good fight between Derek Campos and Derek Anderson: it gets three stars.

Derek Anderson entered this fight with a pro record of 14-2-0 (79% finishing rate) and he is ranked as the No.30 lightweight in the world. He lost to Brent Primus in 2015 but then he has won over Patricky Freire (=Freire vs Anderson 2) and Saad Awad (=Anderson vs Awad).
His opponent, Derek Campos, has an official mma record of 17-6-0 (59% finishing rate) and he entered as the No.47 in the same weight class. He suffered two consecutive losses in 2015, against Michael Chandler (=Chandler vs Campos) and Brandon Girtz, but then he has beat Melvin Guillard (=Guillard vs Campos) and Djamil Chan. Derek Anderson vs Derek Campos is on the undercard of Tito Ortiz vs Chael Sonnen – Bellator 170. Watch the video and rate this fight!