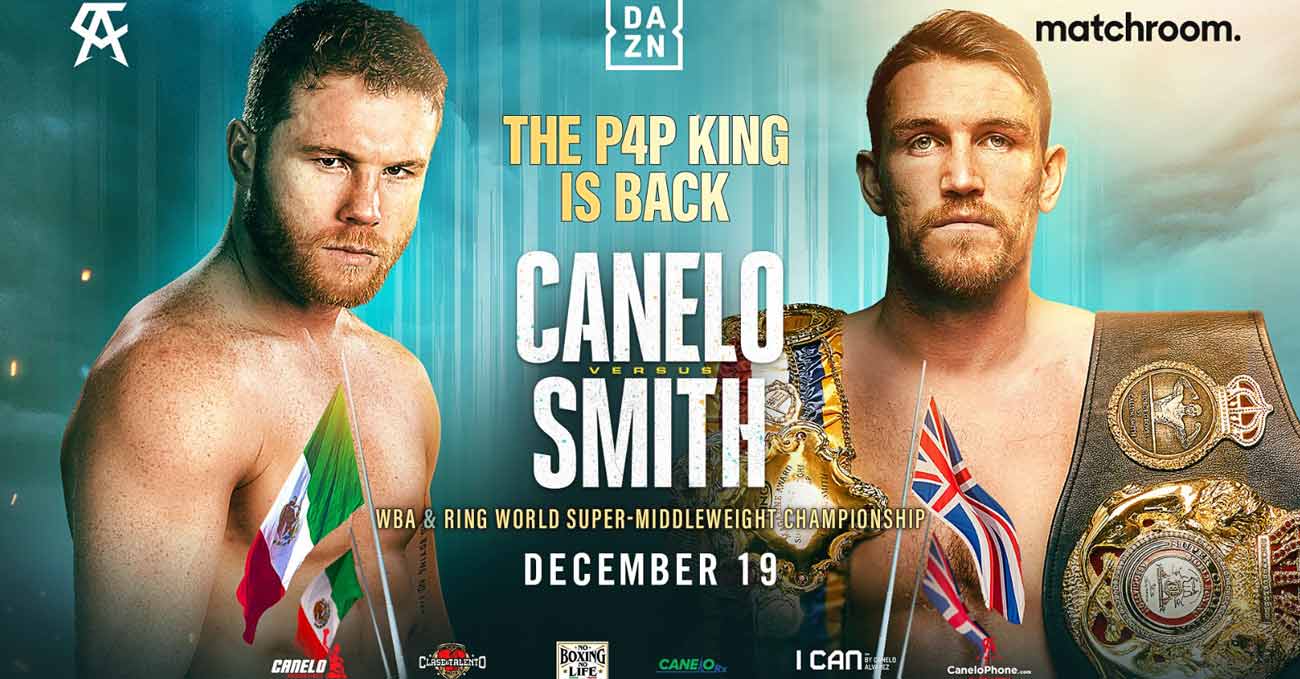 Review by AllTheBestFights.com: 2020-12-19, good fight between Saul Alvarez and Callum Smith: it gets three stars (take a look at our ranking of the best boxing fights of 2020).
The world champion in four different weight classes Saul Canelo Alvarez entered this fight with a pro boxing record of 53-1-2 (36 knockouts) and he is ranked as the No.1 middleweight in the world. He suffered his only loss when he faced Floyd Mayweather Jr in 2013 (via majority decision, Mayweather vs Alvarez), since then Canelo has collected eleven victories and one draw, beating Daniel Jacobs (Saul Canelo Alvarez vs Daniel Jacobs) and Sergey Kovalev in 2019 (Saul Canelo Alvarez vs Sergey Kovalev). If you want to watch Canelo’s best fights, here are the top three: a 5-stars fight and “The Ring magazine” Knockout of the Year 2015 Saul Canelo Alvarez vs James Kirkland, a 4-stars fight and “The Ring magazine” Knockout of the Year 2016 Saul Canelo Alvarez vs Amir Khan and another 4-stars fight plus “The Ring magazine” Fight of the Year 2018 Gennady Golovkin vs Saul Canelo Alvarez 2.
His opponent, the undefeated Wba, Wbc Diamond champion and winner of the World Boxing Super Series super-Mw tournament Callum Smith, has a perfect record of 27-0-0 (19 knockouts) and he entered as the No.1 super middleweight. In his last three bouts he has won over George Groves (George Groves vs Callum Smith), Hassan N’Dam N’Jikam (Callum Smith vs Hassan N’Dam N’Jikam) and John Ryder (Callum Smith vs John Ryder). Smith vs Canelo Alvarez is valid for the vacant WBC and WBA Super World super-middleweight titles. Watch the video and rate this fight!