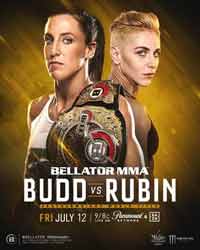 Review by AllTheBestFights.com: 2019-07-12, fight not particularly good between Rafael Carvalho and Chidi Njokuani: it gets two stars.

The former Bellator Mw champion Rafael Carvalho entered this fight with a pro mma record of 15-3-0 (80% ko/tko victory rate – he has never won via submission) and he is ranked as the No.21 middleweight in the world but he comes off two consecutive losses, against Gegard Mousasi (Rafael Carvalho vs Gegard Mousasi) and Lyoto Machida (Lyoto Machida vs Rafael Carvalho); before this fight, in 2017, he had beat Alessio Sakara (Rafael Carvalho vs Alessio Sakara).
His opponent, Chidi Njokuani, has a record of 18-6-0 (61% finishing rate) and he entered as the No.59 in the same weight class but he lost two out of his last three bouts, against Andrey Koreshkov (Andrey Koreshkov vs Chidi Njokuani) and John Salter (Chidi Njokuani vs John Salter); between these two fights he beat Hisaki Kato. Carvalho vs Njokuani is on the undercard of Julia Budd vs Olga Rubin – Bellator 224. Watch the video and rate this fight!