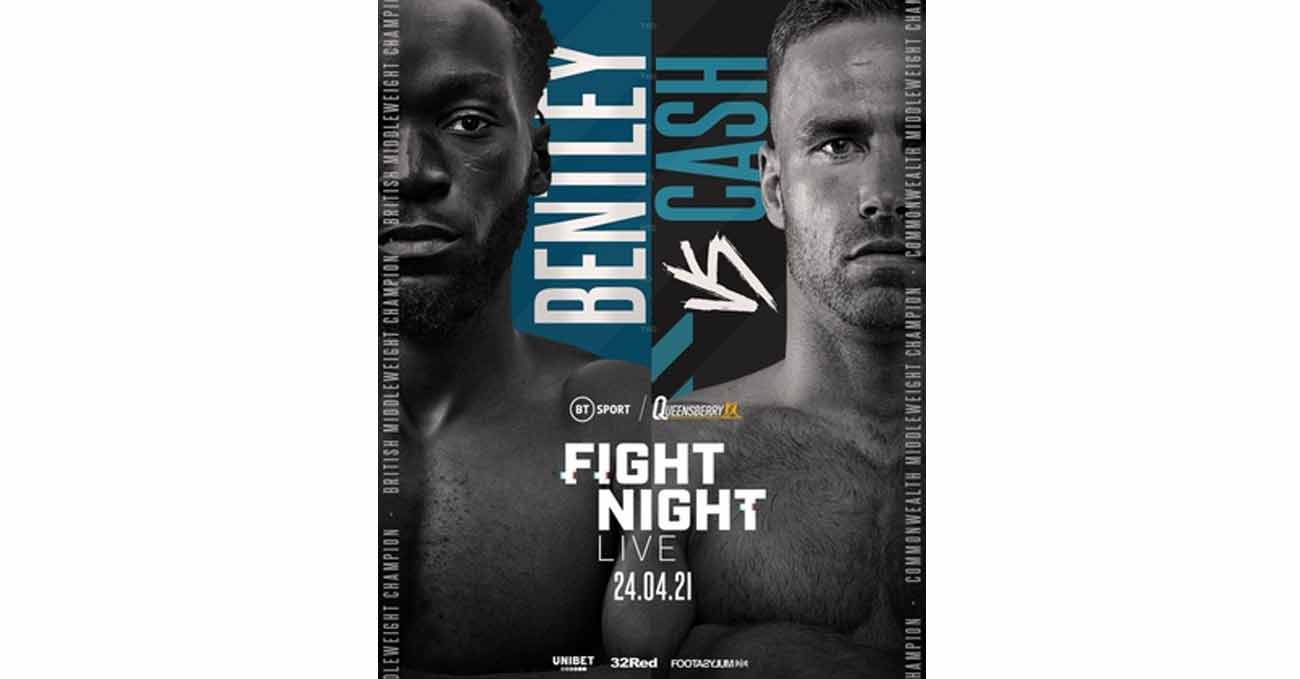 Review by AllTheBestFights.com: 2021-04-24, boxing fight not so exciting: Denzel Bentley vs Felix Cash gets two stars.
Cash vs Bentley is the main event of the evening and it is valid for the Commonwealth and BBBofC British middleweight titles. Watch the video and rate this fight!

The undefeated Denzel Bentley entered this fight with a professional record of 14-0-1 (12 KOs=86%) and he is ranked as the No.21 middleweight in the world.
He fought three times last year beating Mick Hall and facing twice Mark Heffron: their first match ended in a draw while in the second one Bentley won the rematch (Mark Heffron vs Denzel Bentley 2).

His opponent, the undefeated Felix Cash, has a perfect boxing record of 13-0-0 (9 knockouts) and he entered as the No.19 in the middleweight division.
In his last three bouts he has won over Rasheed Abolaji, Jack Cullen and Jason Welborn (Felix Cash vs Jason Welborn).

Selection of the best videos about the fight Denzel Bentley vs Felix Cash. If you have seen the full fight you can rate it at the bottom of this post.