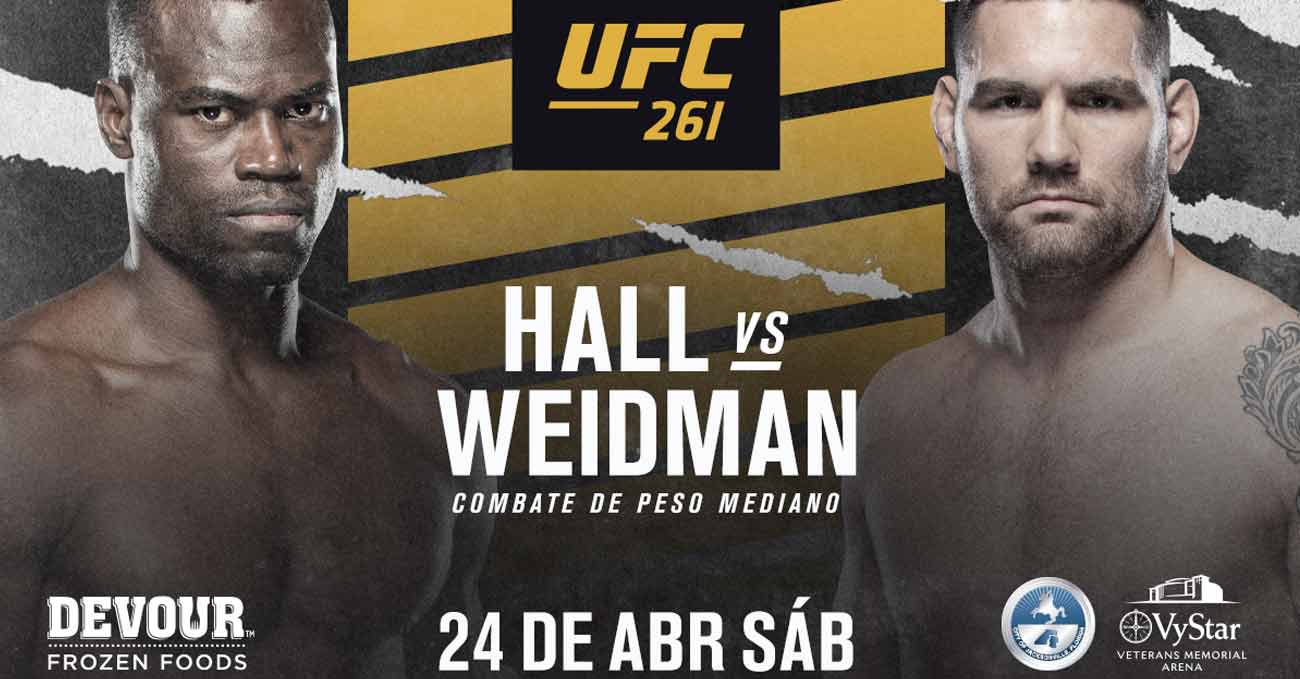 Review by AllTheBestFights.com: 2021-04-24, worth watching mma fight just if you are brave and you like dramatic finish: but for us, Chris Weidman vs Uriah Hall 2 gets two stars.
In their first bout Weidman beat Hall via tko in one round (on September 24, 2010); this second fight is on the undercard of Kamaru Usman vs Jorge Masvidal 2 – UFC 261. Watch the video and rate this fight!

The black belt in Bjj and former UFC Mw champion Chris Weidman entered this fight with a professional mma record of 15-5-0 (67% finishing rate) and he is ranked as the No.12 middleweight in the world.
In his last three matches he lost twice, against Ronaldo Jacare Souza in 2018 (bout ranked in the top 10 Users’ mma Fights of the Year 2018, Chris Weidman vs Ronaldo Jacare Souza) and Dominick Reyes in 2019 (Dominick Reyes vs Chris Weidman), but he came back to win with Omari Akhmedov in 2020 (Chris Weidman vs Omari Akhmedov).
If you want to watch Weidman’s most famous fight, here are one we also rated with 4 stars in 2013: Anderson Silva vs Chris Weidman I.

Selection of the best videos about the fight Chris Weidman vs Uriah Hall 2. If you have seen the full fight you can rate it at the bottom of this post.