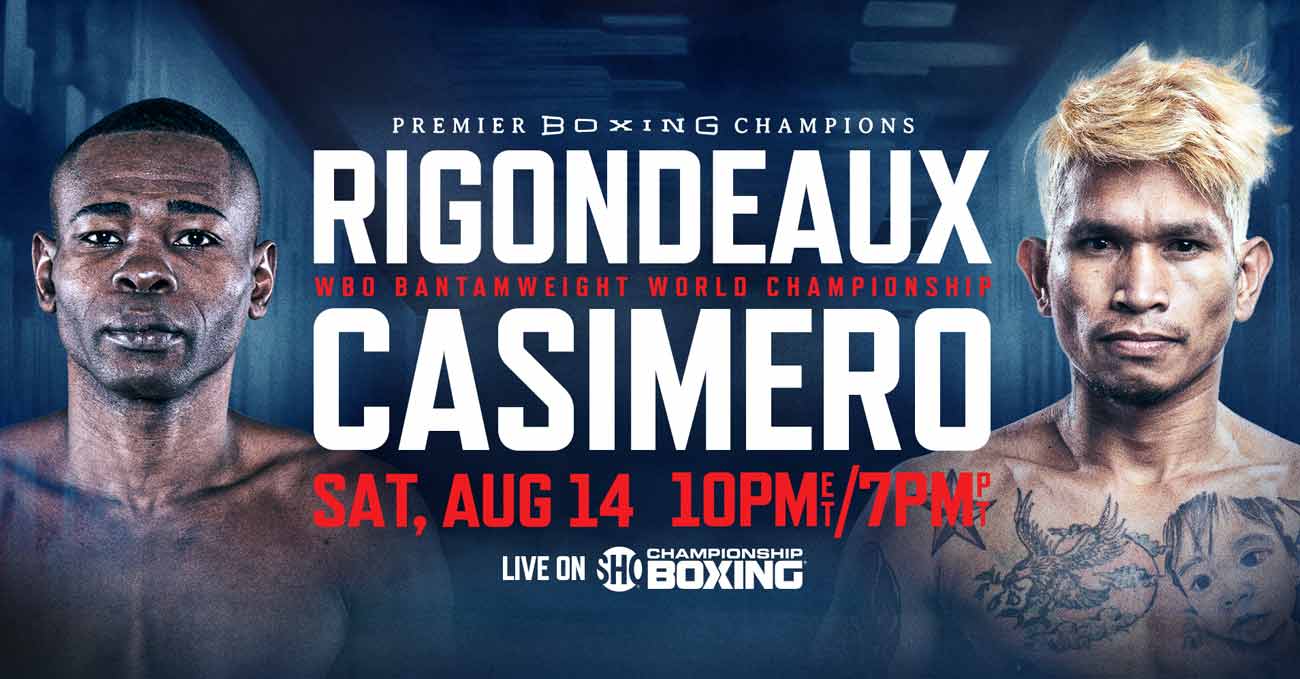 Review by AllTheBestFights.com: 2021-08-14, boring and disappointing boxing fight: Guillermo Rigondeaux vs John Casimero gets one star (take a look at our ranking of the Best Boxing Fights of 2021).
Casimero vs Rigondeaux is the main event of the evening and it is valid for the WBO World bantamweight title (Casimero’s second defense). Watch the video and rate this fight!

The 2000 and 2004 Olympic bantamweight gold medalist and former super-Bw world champion Guillermo Rigondeaux entered this fight with a pro boxing record of 20-1-0 (13 knockouts) and he is ranked as the No.3 bantamweight in the world (currently the #1 in this division is Naoya Inoue).
He suffered his only loss when he faced Vasyl Lomachenko in 2017 (Vasyl Lomachenko vs Guillermo Rigondeaux), after this bout he has won three fights beating Liborio Solis in his last one (Joshua Buatsi vs Daniel Blenda Dos Santos).
But if you want to watch Rigondeaux’s best fights, here are one match ranked in the top 10 Users’ boxing Fights of the Year 2014: Guillermo Rigondeaux vs Hisashi Amagasa.