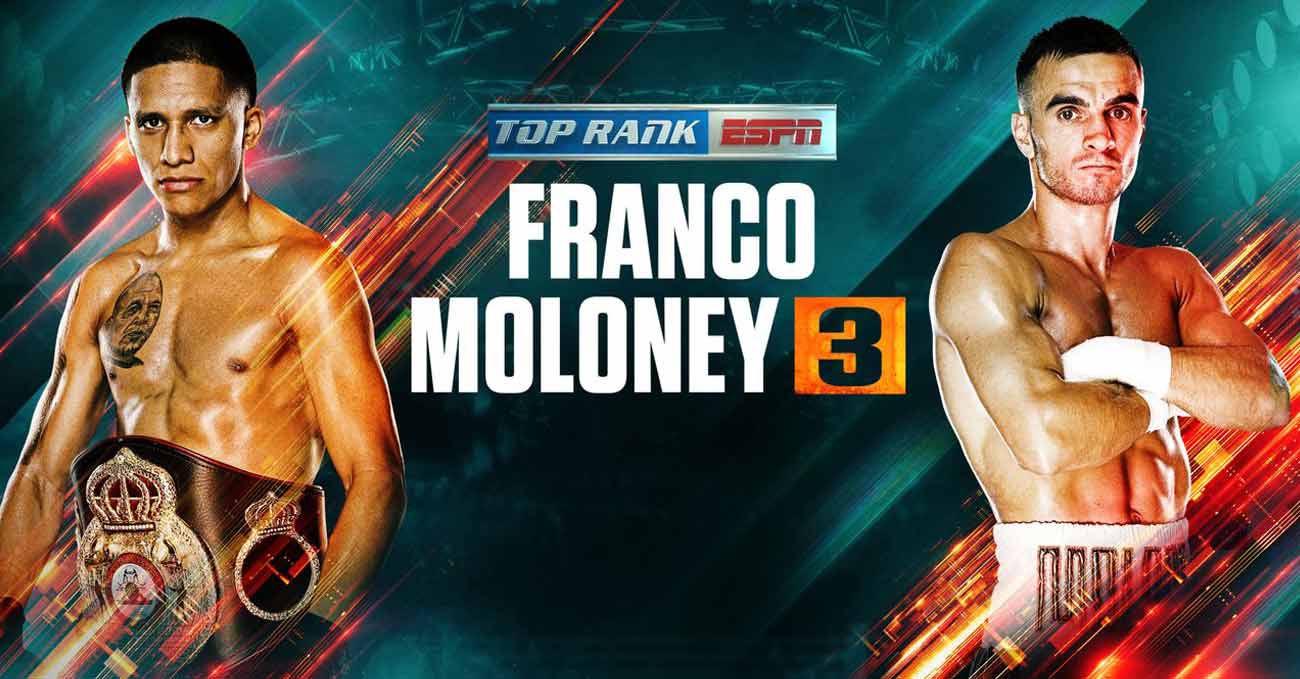 Review by AllTheBestFights.com: 2021-08-14, good boxing fight: Joshua Franco vs Andrew Moloney 3 gets three stars (take a look at our ranking of the Best Boxing Fights of 2021).
Moloney vs Franco 3 is the main event of the evening and it is valid for the WBA World super-flyweight title. Watch the video and rate this fight!

The Wba super-Flw champion Joshua Franco entered this fight with a professional record of 17-1-2 (8 knockouts) and he is ranked as the No.11 super flyweight in the world.
He suffered his only loss when he faced Lucas Emanuel Fernandez Leone in 2018, since then he has collected two draws and four victories, beating Jose Alejandro Burgos and Andrew Moloney in 2020 (Andrew Moloney vs Joshua Franco I); after this bout he faced again Moloney but the match ended in a no-decision due to an accidental headbutt (Joshua Franco vs Andrew Moloney 2).