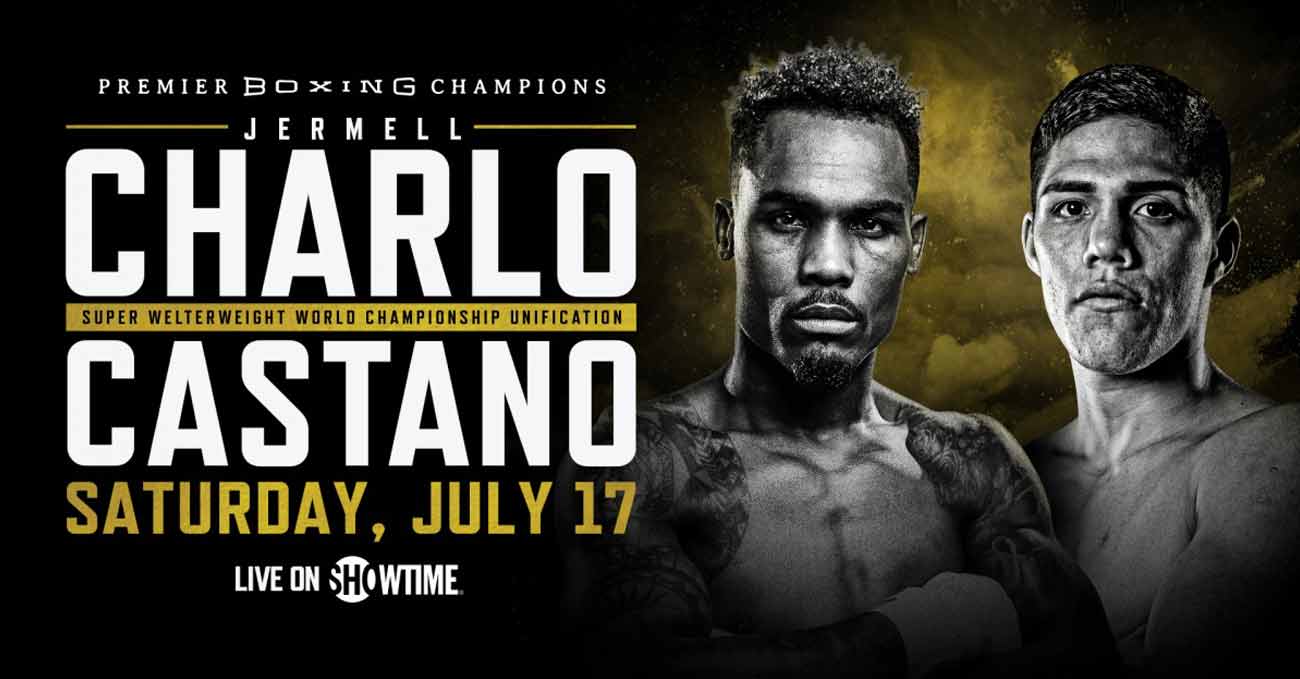 Review by AllTheBestFights.com: 201-07-17, great boxing fight, we hope to see a rematch: Jermell Charlo vs Brian Carlos Castano is close to get four stars (take a look at our ranking of the Best Boxing Fights of 2021).
Castano vs Charlo is the main event of the evening and it is valid for the WBC, WBA, IBF and WBO World super-welterweight titles. Watch the video and rate this fight!

His opponent, the undefeated former Olympian and former Wbo light-Mw champ Brian Carlos Castano, has a record of 17-0-1 (12 knockouts) and he entered as the No.2 in the super welterweight division.
The only man who stopped him in a draw was Erislandy Lara in March 2019 (Erislandy Lara vs Brian Castano), after this fight he has beat Wale Omotoso (Brian Carlos Castano vs Wale Omotoso) and Patrick Teixeira (Patrick Teixeira vs Brian Castano).
Among the best fights of Castano we suggest a 4-stars match of 2018: Brian Castano vs Cedric Vitu.

Their next fight: Jermell Charlo vs Brian Castano 2