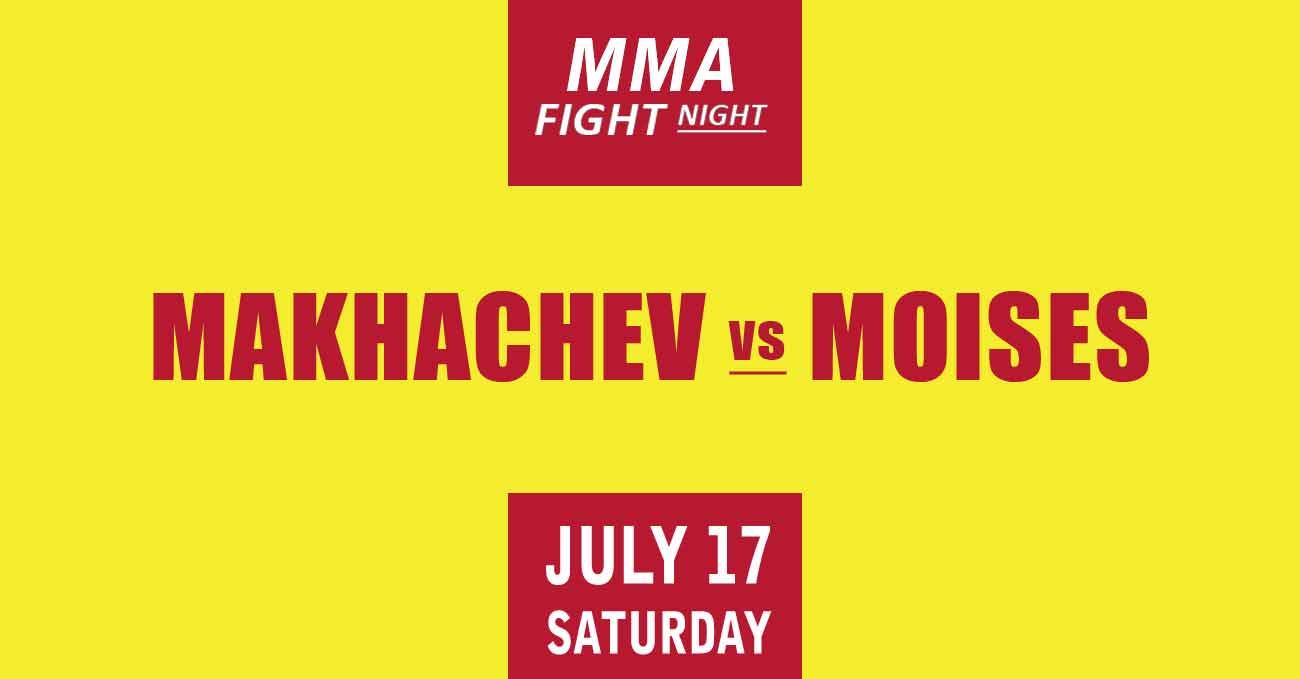 Review by AllTheBestFights.com: 2021-07-17, mma fight not so exciting: Islam Makhachev vs Thiago Moises gets two stars (take a look at our ranking of the Best Mma Fights of 2021).
Moises vs Makhachev is the main event of UFC Vegas 31 (also known as UFC on ESPN 26). Watch the video and rate this fight!

His opponent, the black belt in Brazilian jiu-jitsu Thiago Moises, has an official record of 15-4-0 (60% finishing rate) and he entered as the No.14 in the lightweight division.
He was defeated by Damir Ismagulov in 2019 but then he has fought three times beating Michael Johnson, Bobby Green and Alexander Hernandez.