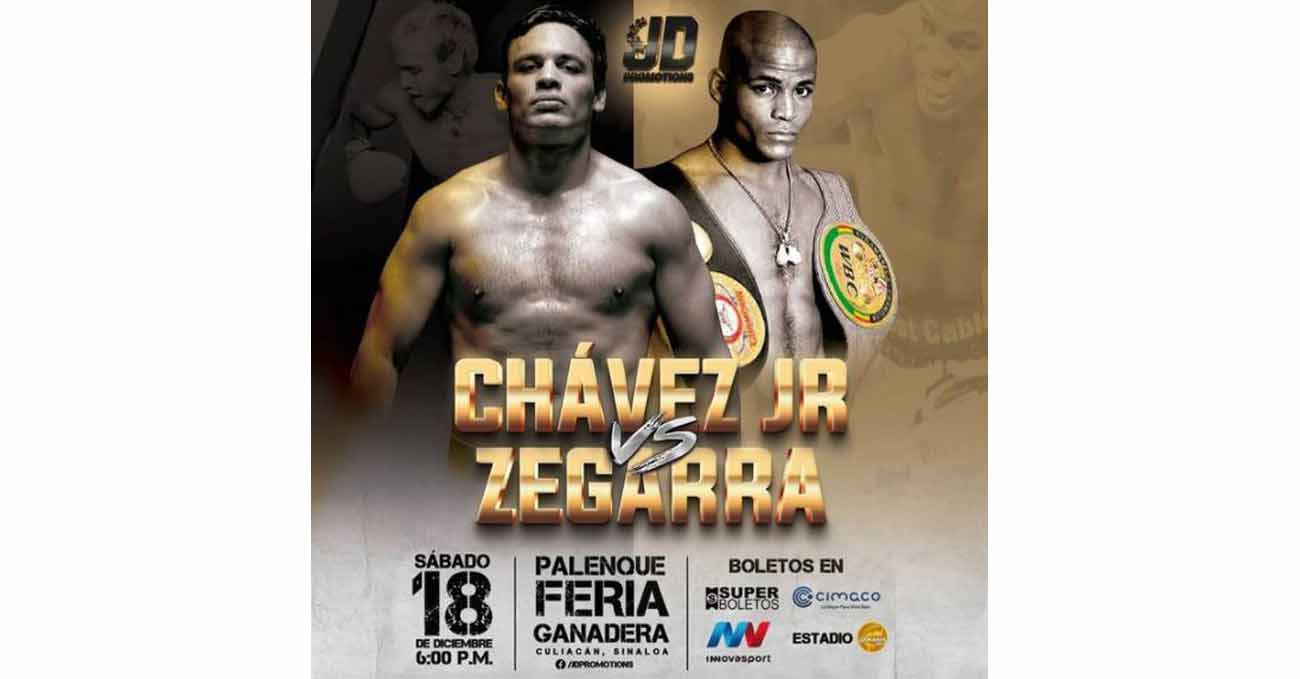 Review by AllTheBestFights.com: 2021-12-18, some good exchanges but it is not enough to get three stars: the boxing fight Julio Cesar Chavez Jr vs David Zegarra gets two (take a look at our ranking of the Best Boxing Fights of 2021).
Zegarra vs Chavez is the main event of the evening. Watch the video and rate this fight!

His opponent, David Zegarra, has an official record of 34-6-0 (21 knockouts) and he entered as the No.146 in the super middleweight division.
The last time he won a fight was against Yeison Gonzalez in 2019, but then he has lost three consecutive bouts, against Stefan Haertel, David Lemieux (David Lemieux vs David Zegarra) and Ali Akhmedov.