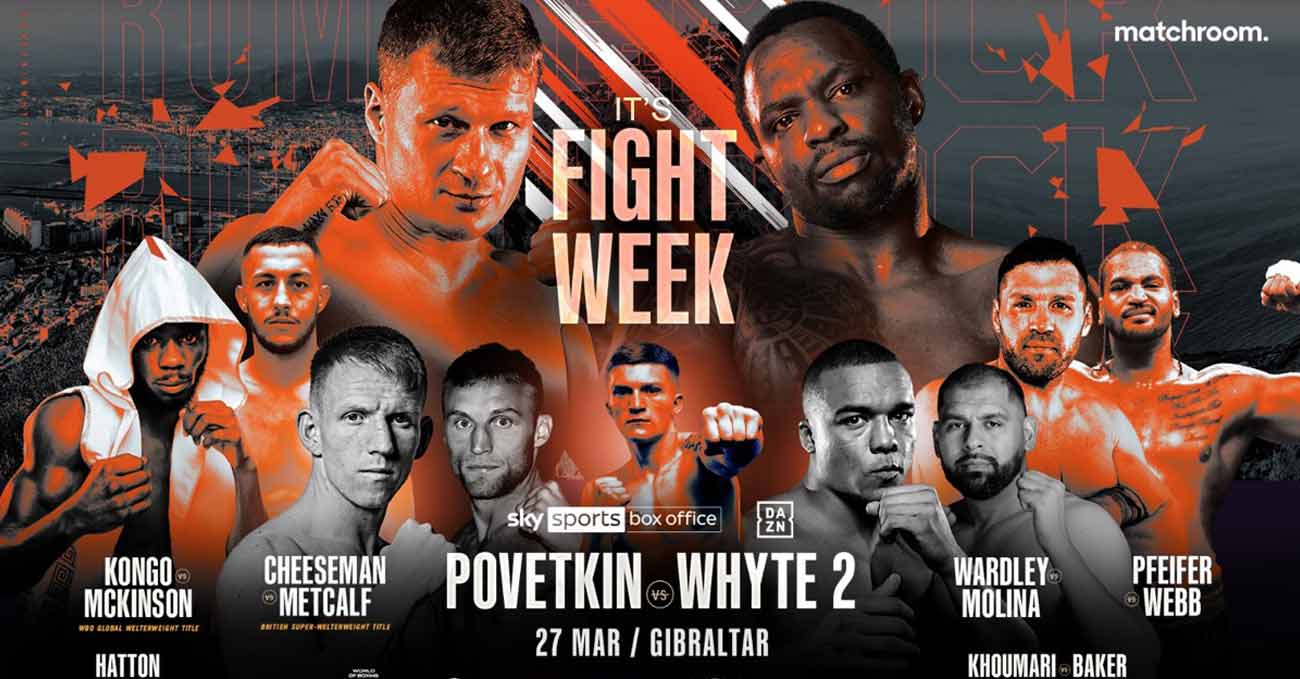 Review by AllTheBestFights.com: 2021-03-27, great performance by both boxers: the boxing fight Ted Cheeseman vs James Metcalf is very close to get four stars!
Metcalf vs Cheeseman is valid for the vacant BBBofC British super-welterweight title; undercard of Alexander Povetkin vs Dillian Whyte 2. Watch the video and rate this fight!

His opponent, the undefeated James Metcalf, has a perfect boxing record of 21-0-0 (13 knockouts) and he entered as the No.64 in the super welterweight division.
In his last three matches he has won over Santos Medrano, Jason Welborn and Jan Balog.

Selection of the best videos about the fight Ted Cheeseman vs James Metcalf. If you have seen the full fight you can rate it at the bottom of this post.