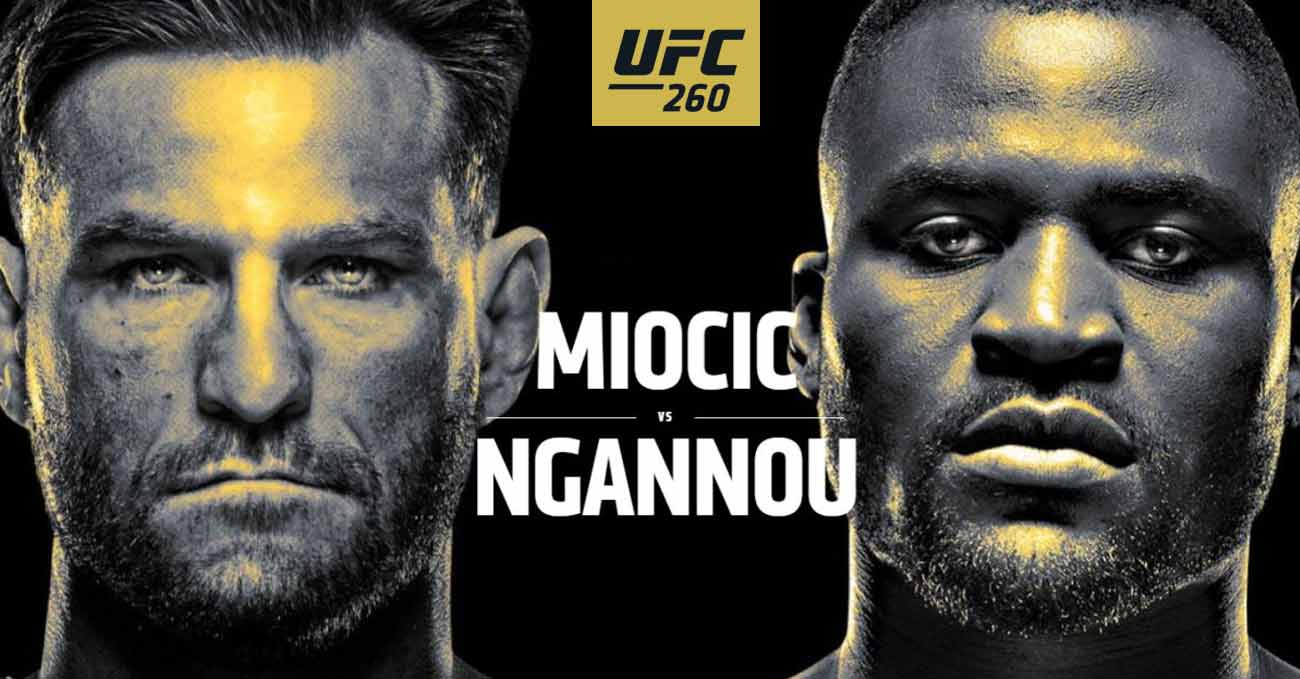 Review by AllTheBestFights.com: 2021-03-27, heavy exchanges with a spectacular finish: Stipe Miocic vs Francis Ngannou 2 is one of the best mma fights of the year 2021 and it gets four stars (UFC Performance of the Night).
Ngannou vs Miocic 2 is the main event of Ufc 260 and it is valid for the UFC heavyweight title (Miocic’s second defense). Watch the video and rate this fight!

Selection of the best videos about the fight Stipe Miocic vs Francis Ngannou 2. If you have seen the full fight you can rate it at the bottom of this post.