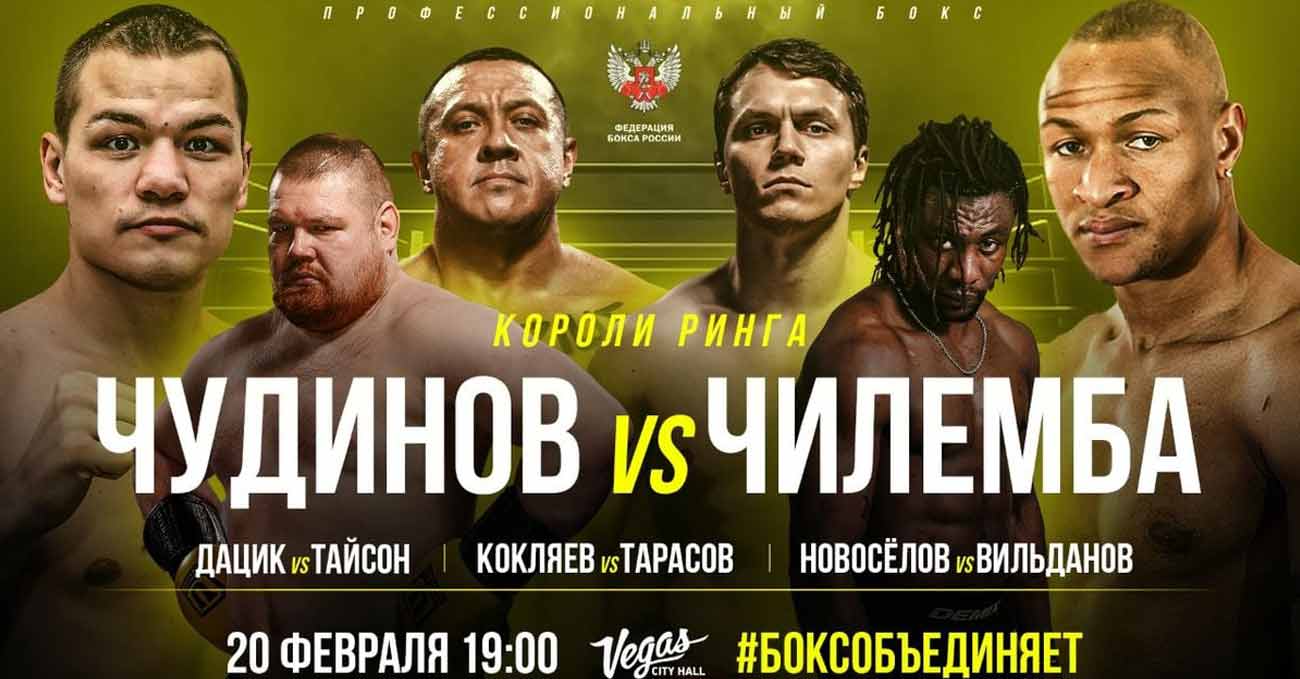 Review by AllTheBestFights.com: 2021-02-20, pretty good boxing fight: Fedor Chudinov vs Isaac Chilemba gets three stars.
Chilemba vs Chudinov is the main event of the evening. Watch the video and rate this fight!

The former Wba super-Mw champion Fedor Chudinov entered this fight with a pro boxing record of 23-2-0 (16 knockouts) and he is ranked as the No.7 super middleweight in the world (currently the #1 in this division is Saul ‘Canelo’ Alvarez).
He suffered two consecutive losses between 2016 and 2017, against Felix Sturm (via majority decision, Sturm vs Chudinov 2) and George Groves (Groves vs Chudinov), but then he has won nine matches defeating Hassan N’Dam N’Jikam (Fedor Chudinov vs Hassan N’Dam N’Jikam) and Umar Sadiq in his last two (Fedor Chudinov vs Umar Sadiq).

His opponent, the former Ibo super-Mw champ Isaac Chilemba, has a record of 26-7-2 (10 knockouts) and he entered as the No.18 in the light heavyweight division.
He won his last match, against Alexander Kubich, but before this bout he had lost two consecutive fights: with Dmitry Bivol in 2018 (Dmitry Bivol vs Isaac Chilemba) and with Maxim Vlasov in 2019 (Maksim Vlasov vs Isaac Chilemba 2).

Selection of the best videos about the fight Fedor Chudinov vs Isaac Chilemba. If you have seen the full fight you can rate it at the bottom of this post.