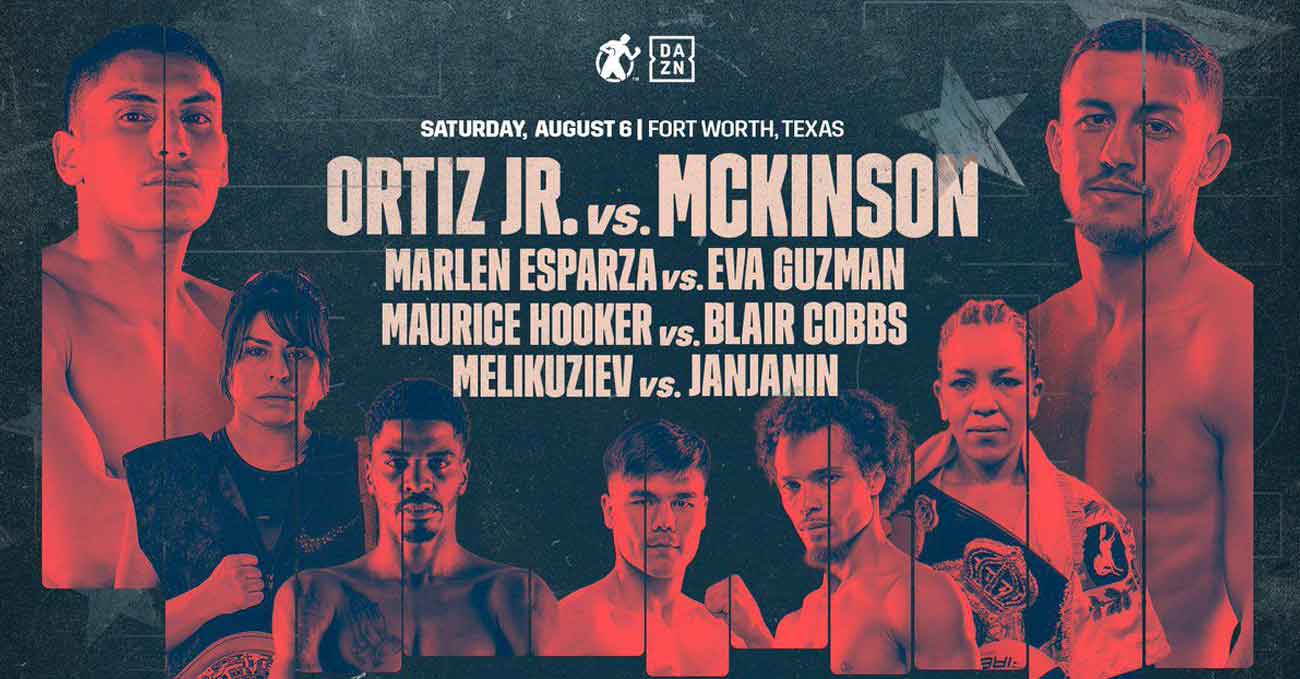 Review by AllTheBestFights.com: 2022-08-06, some good exchanges but it is not enough to get three stars: the boxing match Maurice Hooker vs Blair Cobbs gets two (take a look at our ranking of the Best Boxing Fights of 2022).
Cobbs vs Hooker is scheduled to take place Saturday, August 6th, at the Dickies Arena in Fort Worth (Texas, USA), in a 10-round welterweight (147 lbs, 66.7 kg) bout; undercard of Vergil Ortiz Jr vs Michael McKinson. Watch the video and rate this fight!

His opponent, Blair Cobbs, has a boxing record of 15-1-1 (10 knockouts) and he entered as the No.60 in the welterweight division.
In his last three matches he has beat Samuel Kotey Neequaye and Brad Solomon but then he suffered his first loss, against Alexis Rocha (Alexis Rocha vs Blair Cobbs).