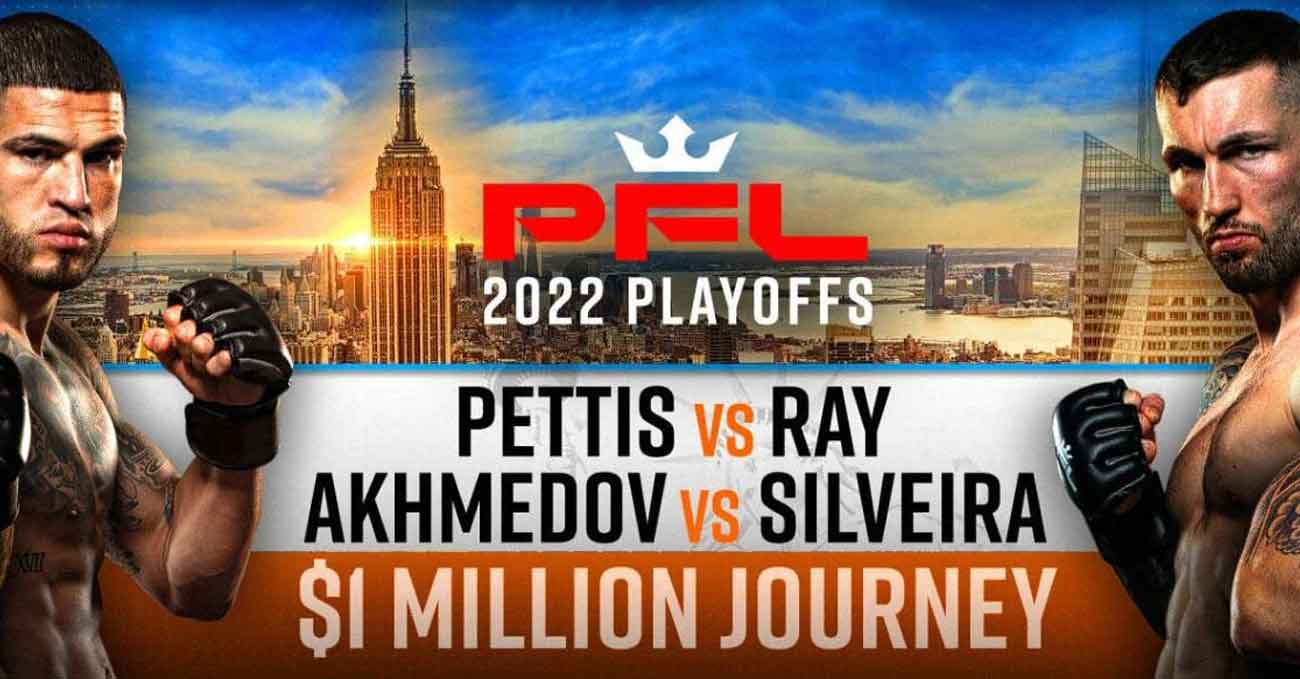 Review by AllTheBestFights.com: 2022-08-05, mma bout not so exciting: Stevie Ray vs Anthony Pettis 2 gets two stars (take a look at our ranking of the Best Mma Fights of 2022).
Pettis vs Ray 2 is scheduled to take place Friday, August 5th, at the Hulu Theater in New York (United States), in a 3-round lightweight (155 lbs, 70 kg) bout; it is the main event of PFL 7 2022 Playoffs and semifinal of the PFL lightweight tournament. Watch the video and rate this fight!

Steven Ray entered this fight with a professional mma record of 24-10-0 (62% finishing rate) and he is ranked as the No.42 lightweight in the world.
He has already fought twice in 2022 losing to Alexander Martinez and beating Anthony Pettis in their first bout.

His opponent, the black belt in tae-kwon-do, Bjj and former Ufc Lw champ Anthony Pettis, has an official record of 25-13-0 (76% finishing rate) and he entered as the No.85 in the lightweight division.
Before losing his last match with Steven Ray in June 2022, he had beat Myles Price in May but, in 2021, he had also lost to Clay Collard in April (Anthony Pettis vs Clay Collard) and Raush Manfio in June (Anthony Pettis vs Raush Manfio).
If you want to watch one of Pettis’ best fights, we suggest a match ranked in the top 10 Users’ mma Fights of the Year 2018: Tony Ferguson vs Anthony Pettis.