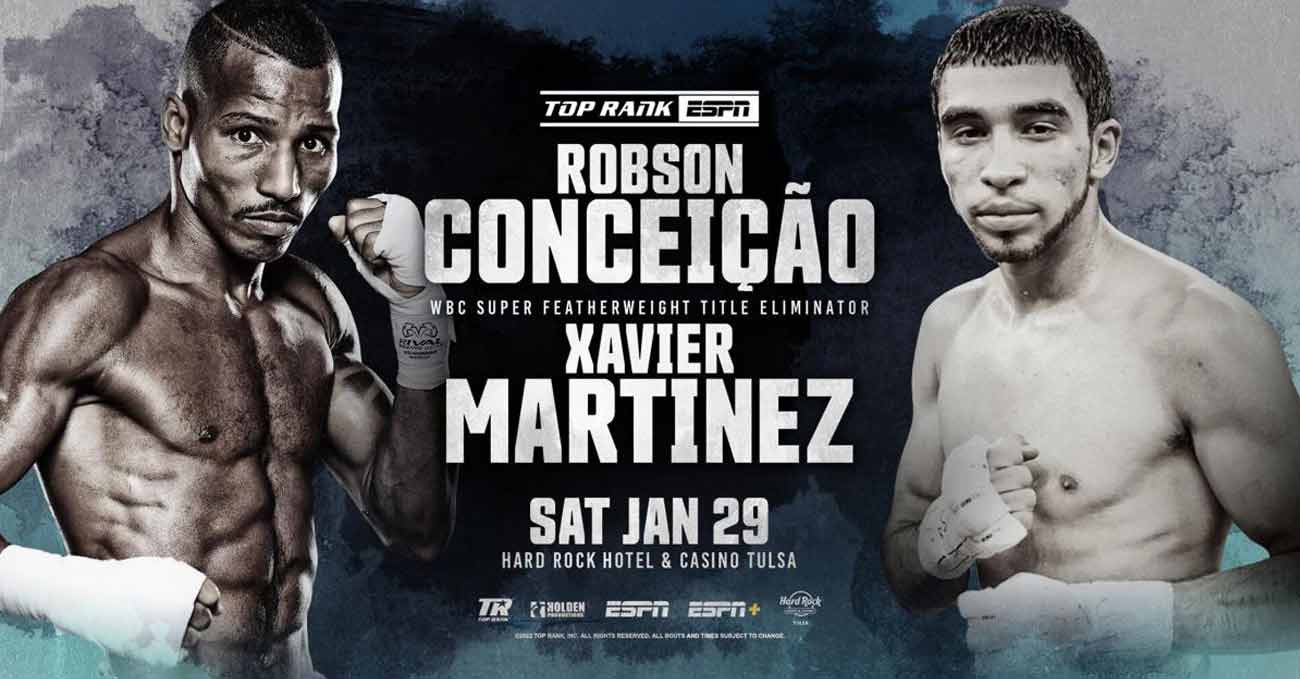 Review by AllTheBestFights.com: 2022-01-29, good boxing fight: Robson Conceicao vs Xavier Martinez gets three stars.
Martinez vs Conceicao, WBC super-featherweight title eliminator, is the main event of the evening. Watch the video and rate this fight!

The three-time Olympian (2016 gold medalist) Robson Conceicao entered this fight with a boxing record of 16-1-0 (8 knockouts) and he is ranked as the No.27 super featherweight in the world.
In his last three bouts he has beat Luis Coria and Jesus Antonio Ahumada Arce but then he suffered his first loss, against Oscar Valdez (Oscar Valdez vs Robson Conceicao).

His opponent, the undefeated Xavier Martinez, has a perfect record of 17-0-0 (11 knockouts) and he entered as the No.13 in the super featherweight division.
In his previous three matches he has beat Jessie Cris Rosales, Claudio Marrero (Claudio Marrero vs Xavier Martinez) and Juan Carlos Burgos.