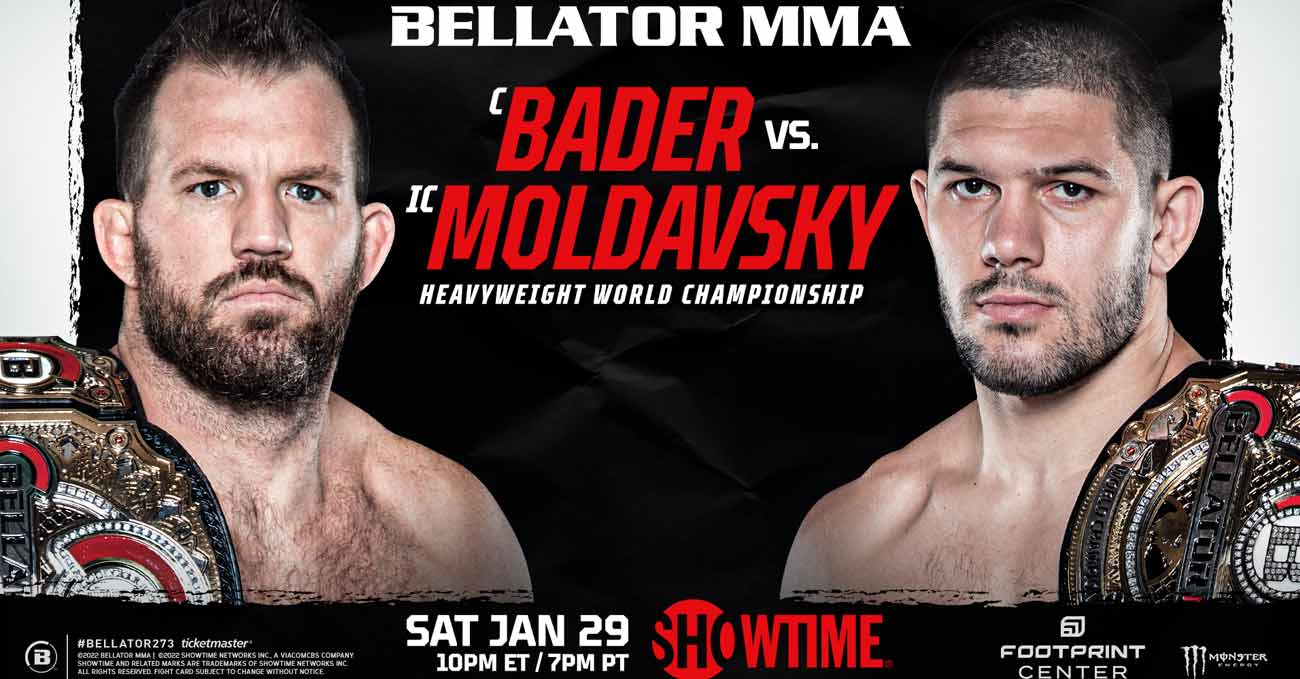 Review by AllTheBestFights.com: 2022-01-29, close and tough mma fight: Ryan Bader vs Valentin Moldavsky gets three stars (take a look at our ranking of the Best Mma Fights of 2022).
Moldavsky vs Bader is the main event of Bellator 273 and it is valid for the Bellator heavyweight title. Watch the video and rate this fight!

The black belt in Bjj, current Bellator Hw, former light-Hw champion and Tuf 8 tournament winner Ryan Bader entered this fight with a professional mma record of 28-7-0 (54% finishing rate) and he is ranked as the No.8 light heavyweight in the world (currently the #1 in this division is Glover Teixeira).
He lost two out of his last three bouts, against Vadim Nemkov in 2020 (Ryan Bader vs Vadim Nemkov) and against Corey Anderson in 2021 (Ryan Bader vs Corey Anderson); between these two matches he beat Lyoto Machida in April 2021 (Ryan Bader vs Lyoto Machida 2).