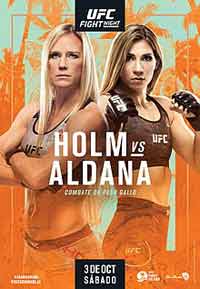 Review by AllTheBestFights.com: 2020-10-04, fight not particularly good between Carlos Condit and Court McGee: it gets two stars.
The black belt in gaidojutsu and former interim Ufc Ww champion Carlos Condit entered this fight with a professional record of 30-13-0 (93% finishing rate) but he is not ranked as he hasn’t fought since December 29, 2018 when he was defeated by Michael Chiesa (Carlos Condit vs Michael Chiesa); before this bout he had lost also four consecutive bouts and his last victory dates back to 2015 when he faced Thiago Alves (Carlos Condit vs Thiago Alves).
His opponent, the black belt in karate, kempo and Tuf 11 Mw winner Court McGee, has a mma record of 19-9-0 (53% finishing rate) and he entered as the No.102 welterweight but he won just one out of his last five bouts, against Alex Garcia in 2018; after this fight he has lost to Dhiego Lima and Sean Brady. McGee vs Condit is on the undercard of Holly Holm vs Irene Aldana – UFC on ESPN 16 (also known as UFC Fight Island 4). Watch the video and rate this fight!