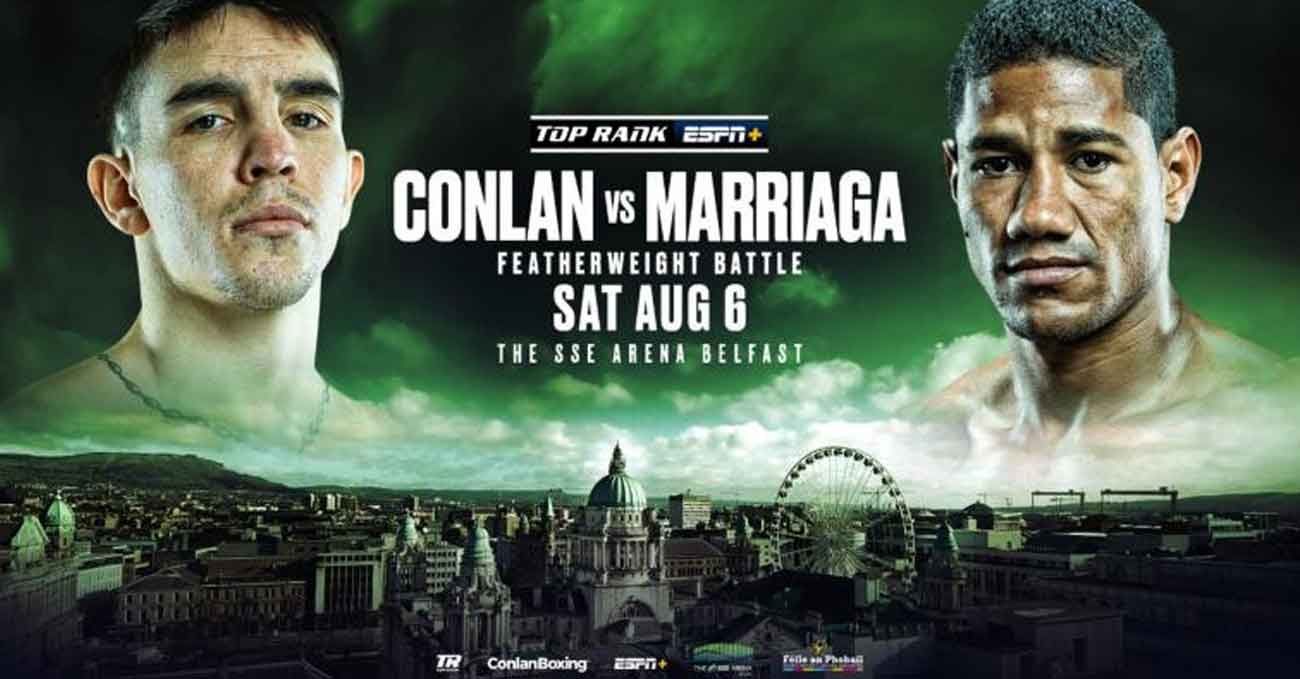 Review by AllTheBestFights.com: 2022-08-06, disappointing boxing match: Michael Conlan vs Miguel Marriaga gets two stars (take a look at our ranking of the Best Boxing Fights of 2022).
Marriaga vs Conlan is scheduled to take place Saturday, August 6th, at the The SSE Arena in Belfast (Northern Ireland, UK), in a 12-round featherweight (126 lbs, 57.2 kg) bout; it is the main event of the evening. Watch the video and rate this fight!

Before the bout take place, you can watch the official videos of the press conference, weigh-in or discover how to watch Conlan vs Marriaga on tv, the fight time and the card.

His opponent, Miguel Marriaga, has an official record of 30-5-0 (26 KOs=87%) and he entered as the No.92 in the super-featherweight division.
He lost two out of his last three fights, against Joet Gonzalez (Miguel Marriaga vs Joet Gonzalez) and against Eduardo Ramirez; between these two matches he beat Jorge Garcia Jimenez.