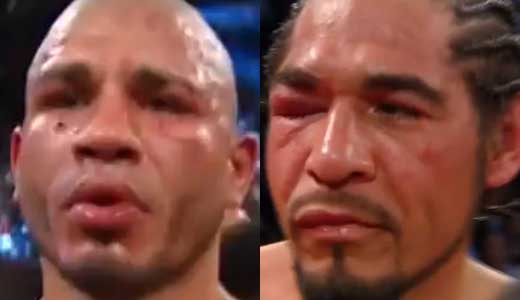 Review: 2011-12-03, high pace, tough and exciting, the second fight between Miguel Angel Cotto and Antonio Margarito gets four stars (as their first fight). Miguel Angel Cotto (36-2-0) entered as the No.2 light middleweight in the world while Antonio Margarito (38-7-0) is not ranked as he doesn’t fight since November 13, 2010 (against Manny Pacquiao). Cotto vs Margarito 2 is valid for the WBA Super World light middleweight title (in their first fight Margarito defeated Cotto by TKO – July 26, 2008). Watch the video!

(Alternative free embeddable highlights video hosted on Youtube and it was not uploaded by AllTheBestFights, to report it please visit this link where the video is hosted)