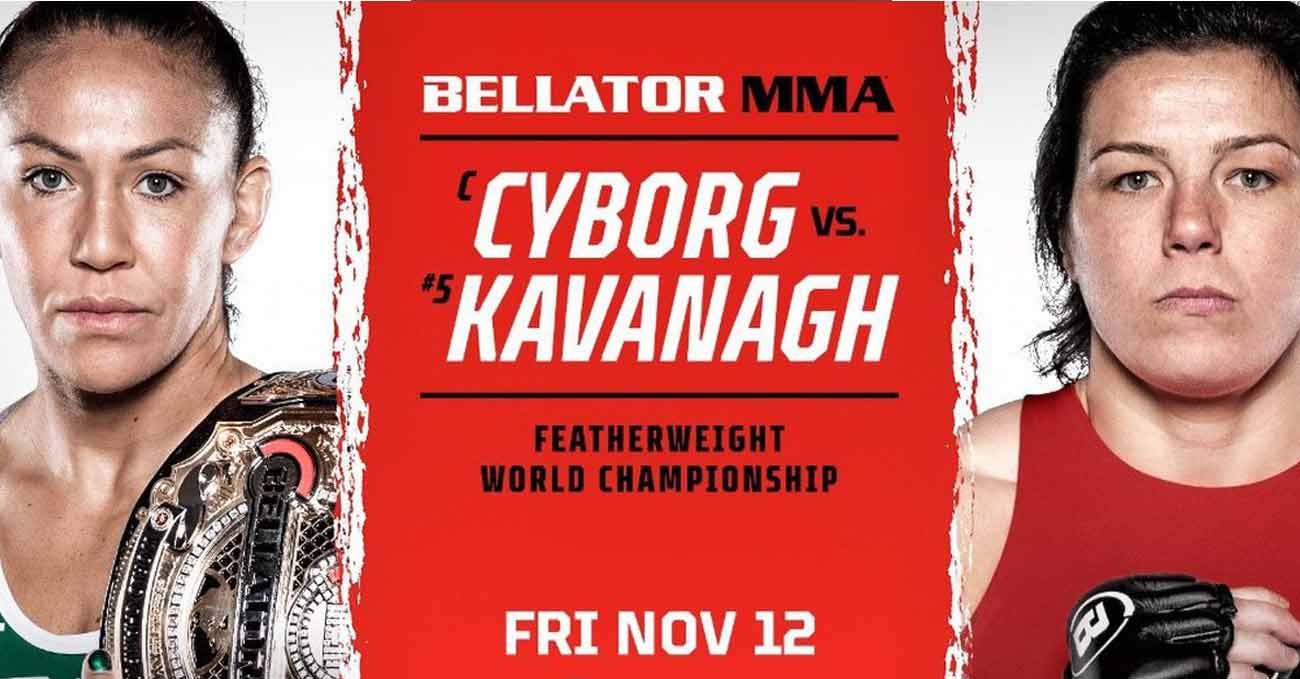 Review by AllTheBestFights.com: 2021-11-12, good fight with some nice exchanges: the mma fight Cristiane Cyborg Justino vs Sinead Kavanagh gets three stars (take a look at our ranking of the Best Mma Fights of 2021).
Kavanagh vs Cyborg is the main event of Bellator 271 and it is valid for the Bellator women’s featherweight title. Watch the video and rate this fight!

His opponent, Sinead Kavanagh, has an official mma record of 7-4-0 (57% ko/tko victory rate – she has never won via submission) and she entered as the No.12 in the women’s featherweight division.
She lost two consecutive bouts between 2018 and 2019, against Janay Harding and Leslie Smith, but then she has beat Olga Rubin and Katharina Lehner.