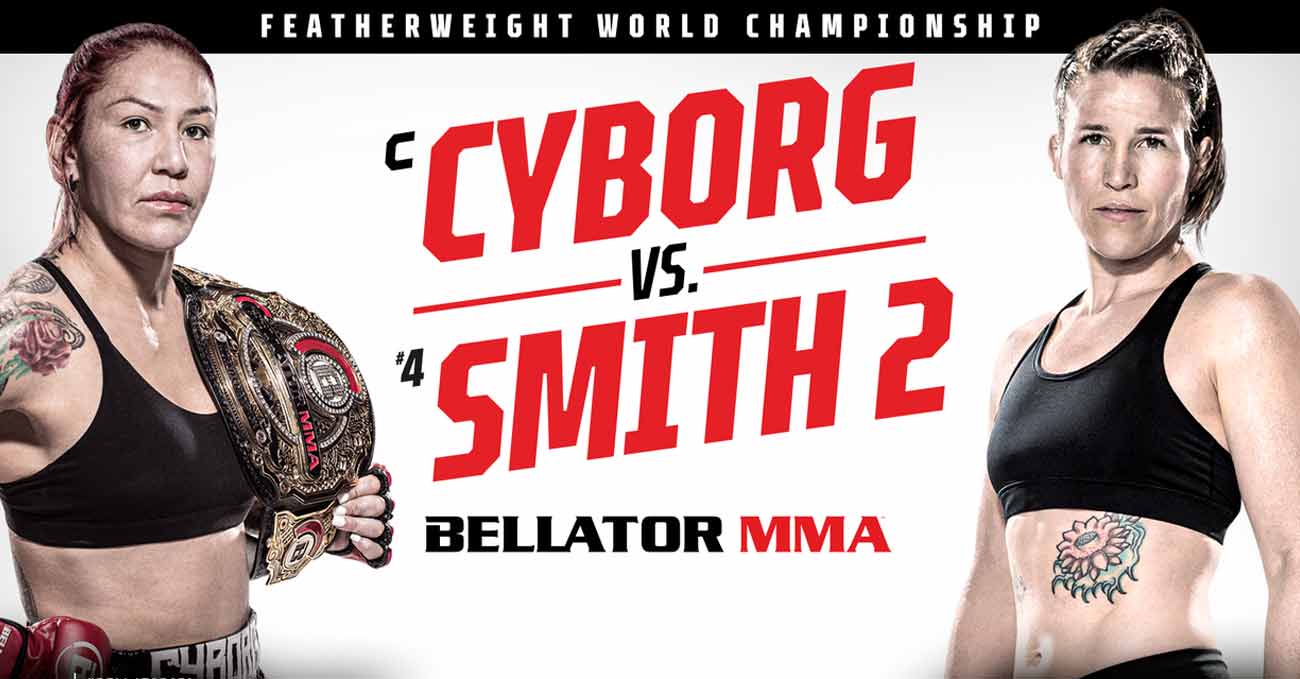 Review by AllTheBestFights.com: 2021-05-21, pretty good mma fight: Cris Cyborg Justino vs Leslie Smith 2 gets three stars (take a look at our ranking of the Best Mma Fights of 2021).
Smith vs Cyborg 2, main event of Bellator 259, is valid for the Bellator women’s featherweight title (Cyborg’s second defense); in their first fight Cristiane beat the American via tko in just one round (May 14, 2016 – Cristiane Cyborg Justino vs Leslie Smith I) . Watch the video and rate this fight!

Her opponent, Leslie Smith, has an official mma record of 12-8-1 (42% ko/tko victory rate – she has never won via submission) and she entered as the No.8 in the womens’ featherweight division.
She lost to Arlene Blencowe in 2019 but then she came back to win against Amanda Bell in 2020.

Selection of the best videos about the fight Cris Cyborg Justino vs Leslie Smith 2. If you have seen the full fight you can rate it at the bottom of this post.

OFFICIAL VIDEO – FULL EVENT MAIN CARD
If you can’t watch this video, use a VPN set on Asian countries