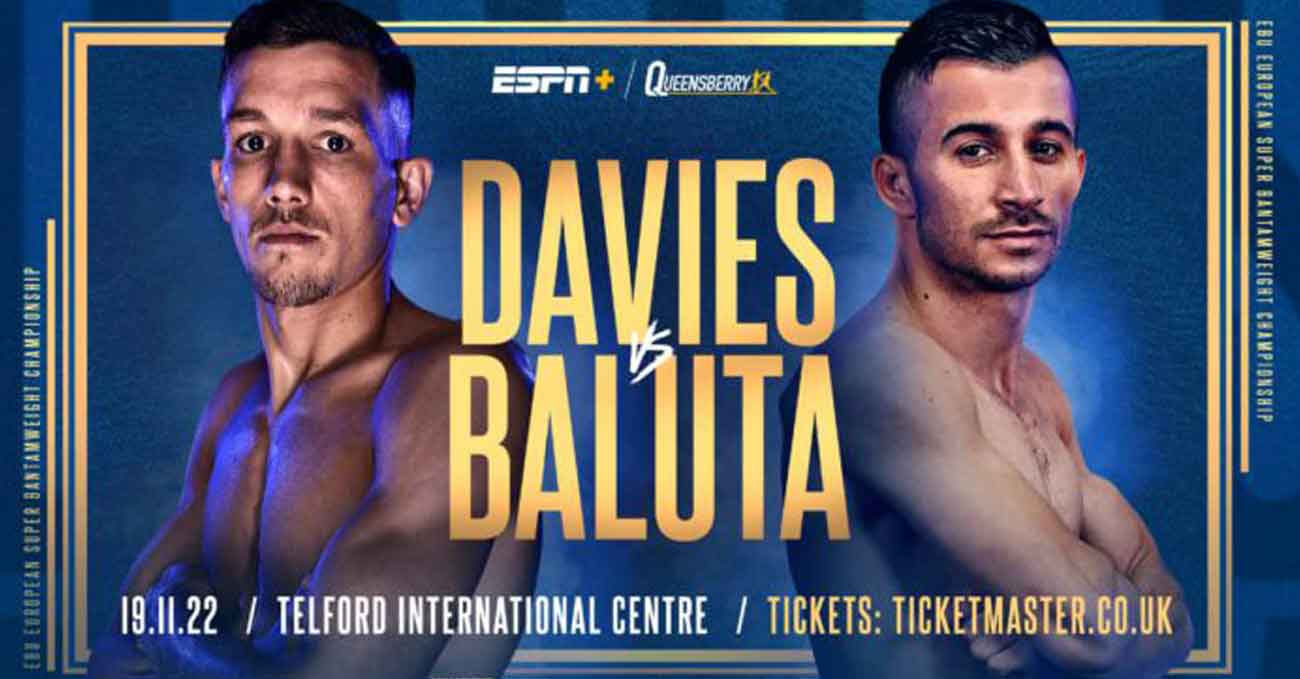 Review by AllTheBestFights.com: 2022-11-19, boxing match not particularly exciting: Liam Davies vs Ionut Baluta gets two stars (take a look at our ranking of the Best Boxing Fights of 2022).
Baluta vs Davies is scheduled to take place Saturday, November 19th, at the Telford International Centre in Telford (United Kingdom), in a 12-round super bantamweight (122 lbs, 55.3 kg) bout; it is the main event of the evening and it is valid for the EBU European and WBC International super-bantamweight titles. Watch the video and rate this fight!

The undefeated Liam Davies entered this fight with a perfect boxing record of 12-0-0 (5 knockouts) and he is ranked as the No.23 super bantamweight in the world.
In his last three bouts he has beat Raymond Commey, Dixon Flores and Marc Leach (Marc Leach vs Liam Davies).