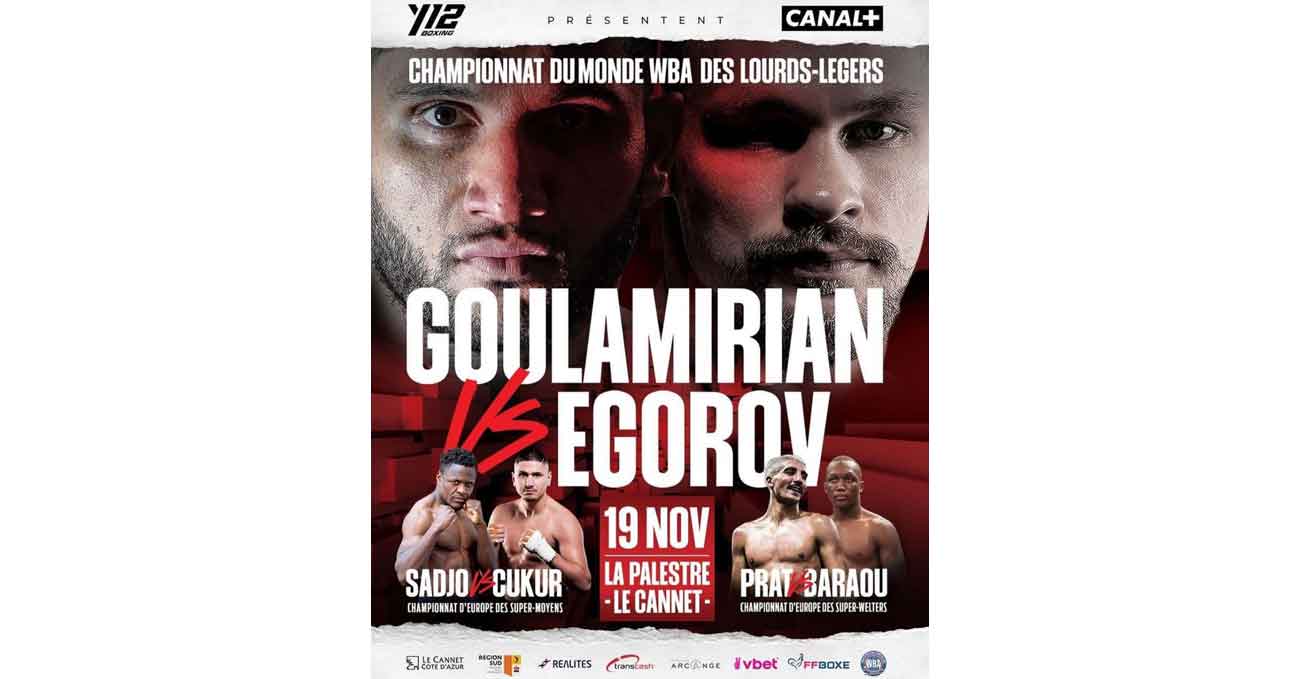 Review by AllTheBestFights.com: 2022-11-19, good boxing match: Arsen Goulamirian vs Aleksei Egorov gets three stars (take a look at our ranking of the Best Boxing Fights of 2022).
Egorov vs Goulamirian is scheduled to take place Saturday, November 19th, at the La Palestre in Le Cannet (France), in a 12-round cruiserweight (200 lbs, 90.7 kg) bout; it is the main event of the evening and it is valid for the WBA Super World cruiserweight title (Goulamirian’s second defense). Watch the video and rate this fight!

His opponent, the undefeated Aleksei Egorov, has an official record of 11-0-0 (7 knockouts) but he is also not ranked as he hasn’t fought since 2020.
In his last three matches he has beat Roman Golovashchenko, Serhiy Radchenko and Vasil Ducar.