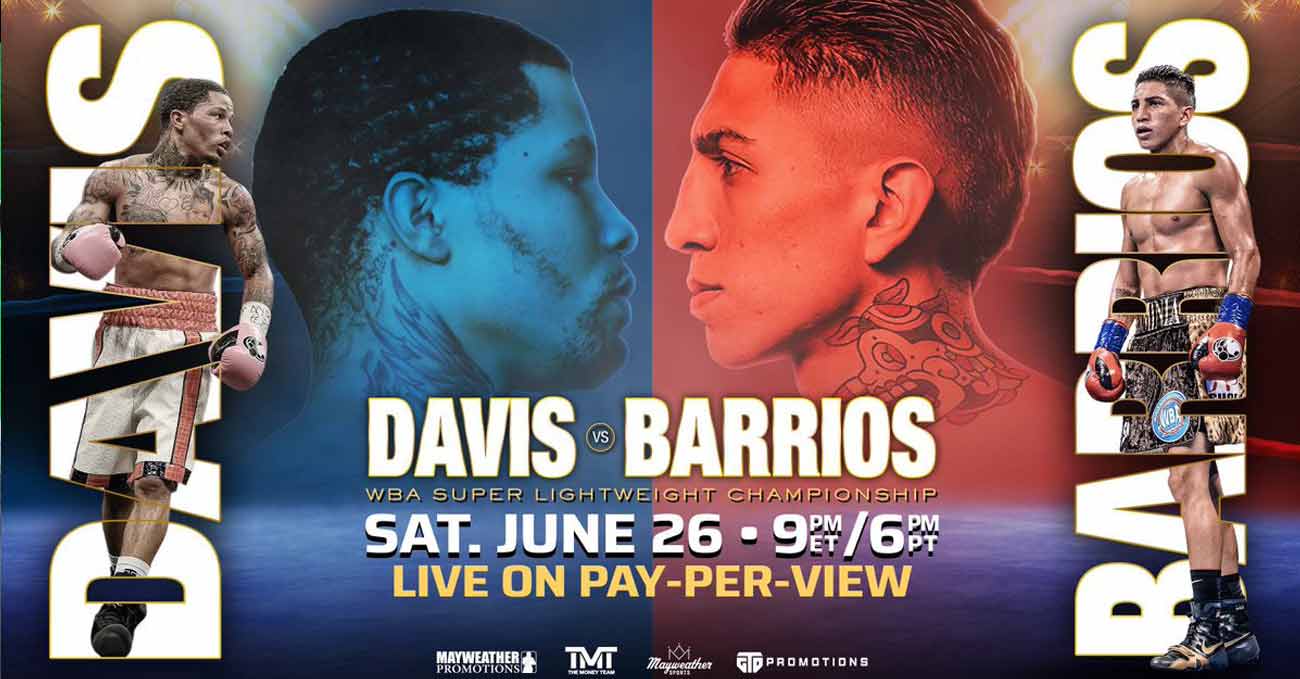 Review by AllTheBestFights.com: 2021-06-26, exciting second part of the bout: the boxing fight Gervonta Davis vs Mario Barrios gets three stars (take a look at our ranking of the Best Boxing Fights of 2021).
Barrios vs Davis is the main event of the evening and it is valid for the WBA World super-lightweight title (Barrios’ second defense). Watch the video and rate this fight!

His opponent, the undefeated Wba light-Ww champ Mario Barrios, has a perfect boxing record of 26-0-0 (17 knockouts) and he entered as the No.10 in the super lightweight division.
In his last three matches he has won over Juan Jose Velasco, Batyr Akhmedov (Batyr Akhmedov vs Mario Barrios) and Ryan Karl (Mario Barrios vs Ryan Karl).

Selection of the best videos about the fight Gervonta Davis vs Mario Barrios. If you have seen the full fight you can rate it at the bottom of this post.