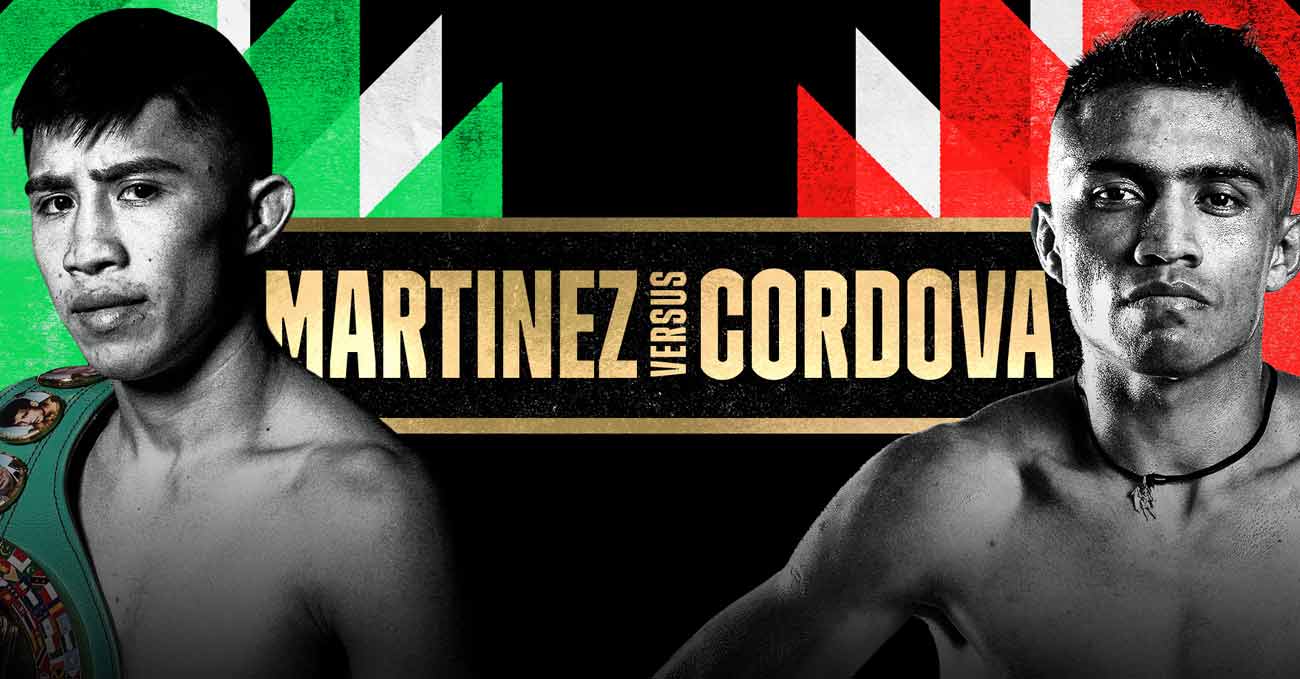 Review by AllTheBestFights.com: 2021-06-26, nice and tough exchanges: the boxing fight Julio Cesar Martinez Aguilar vs Joel Cordova gets three stars (take a look at our ranking of the Best Boxing Fights of 2021).
Cordova vs Martinez is the main event of the evening and it is valid for the WBC World flyweight title (Martinez’s third defense). Watch the video and rate this fight!

His opponent, Joel Cordova, has a record of 12-4-2 (3 knockouts) and he entered as the No.22 in the flyweight division.
He lost two consecutive matches between 2017 and 2018, against Victor Trejo Garcia and Dewayne Beamon, but since then he has collected two draws and seven victories beating Ottoniel Ortiz Zarate in 2021.

Selection of the best videos about the fight Julio Cesar Martinez Aguilar vs Joel Cordova. If you have seen the full fight you can rate it at the bottom of this post.