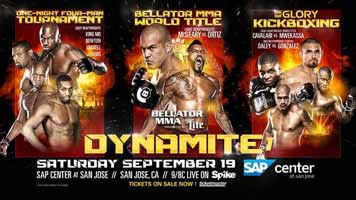 Review by AllTheBestFights.com: 2015-09-19, pretty good finish between Phil Davis and Francis Carmont but it is not enough to get three stars: it gets two.

Phil Davis entered this fight with a mma record of 14-3-0 (50% finishing rate) and he is ranked as the No.5 light heavyweight in the world (currently the #1 in this division is Jon Jones) while his opponent, Francis Carmont (who replaces Muhammed ‘King Mo’ Lawal due to injury), has an official record of 24-10-0 (67% finishing rate) and he entered as the No.19 in the same weight class. Davis vs Carmont is the final of the Bellator light heavyweight tournament, in the semifinals Davis defeated Emanuel Newton (=Davis vs Newton) while Carmont won over Anthony Ruiz; undercard of Liam McGeary vs Tito Ortiz – “Bellator 142 Dynamite 1”. Watch the video and rate this fight!