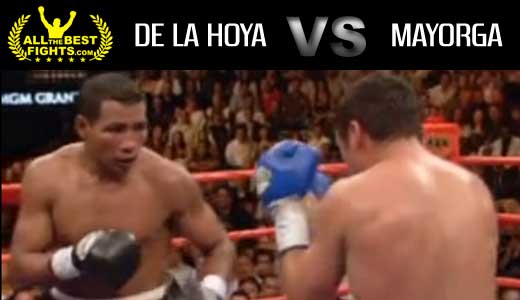 Review: the fight between Oscar De La Hoya and Ricardo Mayorga was one of the most spectacular of 2006 (three knockdowns). De La Hoya was not fighting for nearly two years, since losing against Bernard Hopkins in 2004, while Mayorga came from the victory versus Michele Piccirillo with which he won the vacant WBC light middleweight title. Watch the video!