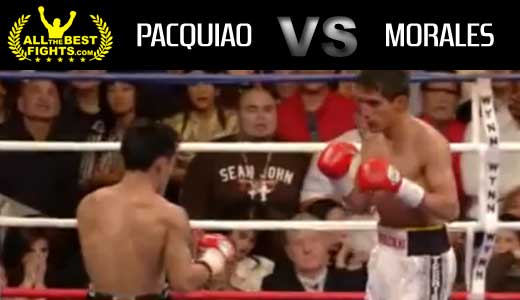 Review: the third and final fight between Manny Pacquiao and Erik Morales lasted just 3 rounds, but it was equally spectacular. Pacquiao, after winning the second match against Morales had also defended his WBC International super featherweight title against Oscar Larios, while Morales had not faced anyone in the meantime. But Erik “El Terrible” Morales was no longer as dangerous as during their first fight…fast finish and three knockdowns. Pacquiao vs Morales 3 was valid for the WBC International super featherweight title. Watch the video!

Video:
(This is a free embeddable highlights video hosted on Youtube and it was not uploaded by AllTheBestFights, to report it please visit this link where the video is hosted)